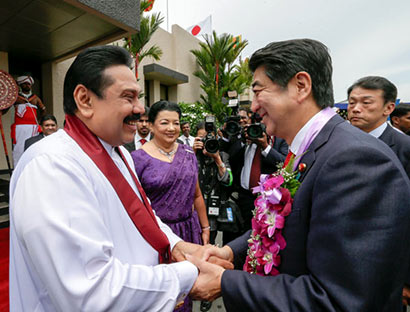 Abe, who landed in Colombo on a two-day visit, was welcomed at the airport by President Mahinda Rajapaksa.

Immediately upon arrival, Abe joined Rajapaksa in launching the Japanese-funded second phase of the development of the Bandaranaike International Airport in Katunayake.

The President and the Prime Minister proceeded to the site of the two-story passenger terminal building at BIA that will be constructed with funds provided to Sri Lanka through a Japanese loan facility.

The project is expected to generate significant economic benefits with the financing scheduled to be used for the construction of a two-story passenger terminal building with two terminals for arrivals and departures. It will also include a number of aerobridges, an aircraft parking apron and a taxiway.

Japan, the largest single foreign aid donor to Sri Lanka, remained neutral at the UNHRC session in March that voted to set up the war crimes probe.

Japan backs Sri Lanka’s view that reconciliation with the Tamil minority can only be achieved through an internal mechanism without external pressures.

The Japanese leader is accompanied by a large business delegation. Abe arrived from Bangladesh as part of a regional tour aimed at increasing trade and offsetting bitter rival China’s mounting influence in the subcontinent.

He will also attend the Japan-Sri Lanka Business Forum meeting in addition to bilateral engagements with Rajapaksa.

Sri Lanka and Japan share a long history with diplomatic relations having been officially established in 1952 when a Japanese Mission was established in Colombo. Subsequently, Sri Lanka established a Legation in Tokyo in 1953. To mark this 60-year anniversary, President Rajapaksa made an official visit to Japan last year.

It has been 24 years since a Japanese Prime Minister last visited Sri Lanka. 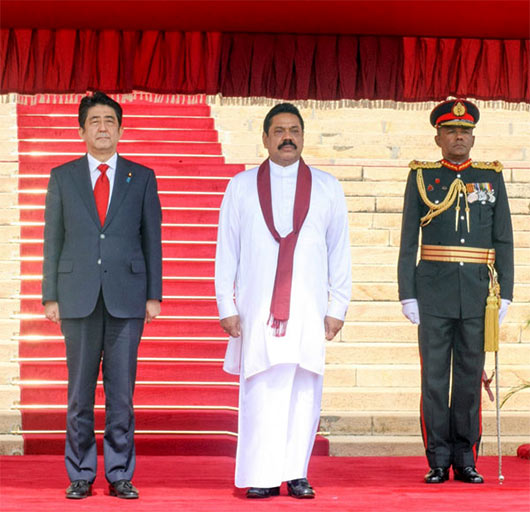 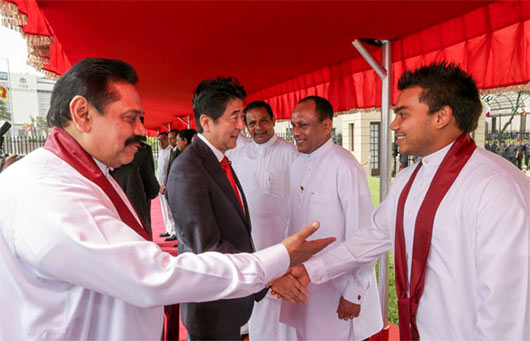 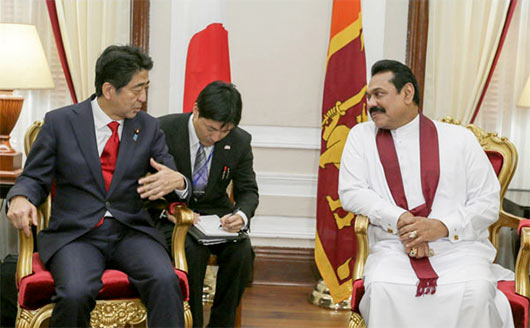