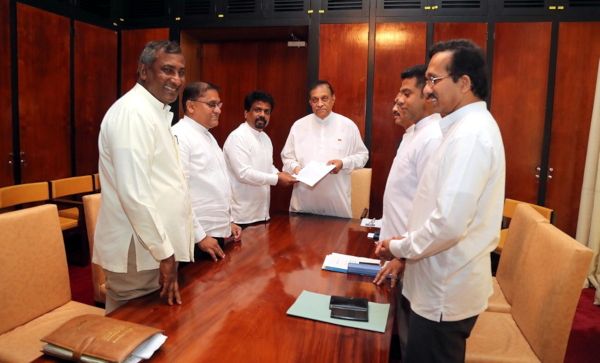 The no-confidence motion (NCM) against the government was handed over to the Speaker by the Janatha Vimukthi Peramuna (JVP) a short while ago.

JVP leader Anura Kumara Dissanayake said yesterday that his party would hand over a NCM against the government owing to its failure to avert the Easter Sunday bombings despite prior warnings.

1 Response to JVP hands over no-confidence motion against government