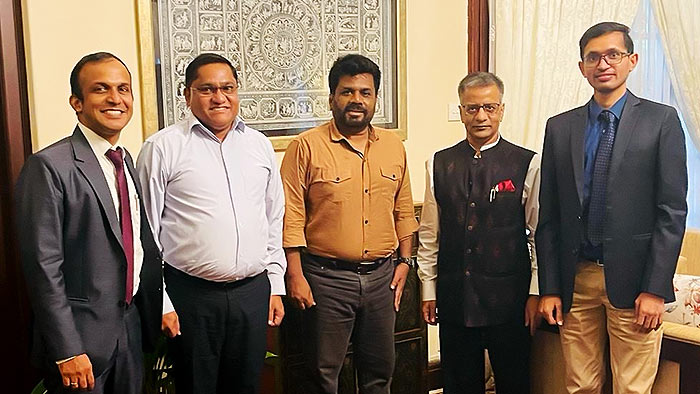 It is reported that the economic situation of the country and the development of relations between the two sides were discussed in the meeting.

Propaganda Secretary of Janatha Vimukti Peramuna Vijitha Herath and a group of officials from the Indian High Commission attended the event.