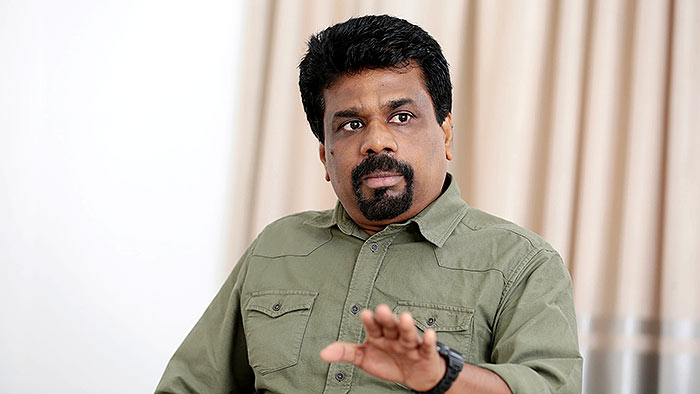 Leader of the JVP Anura Kumara Dissanayake says a series of island wide protests have been organised from Monday against the government’s decision to vest a stake of the East Container Terminal of the Colombo Port to an Indian firm.

Speaking to media after an event yesterday, MP Dissanayake said the JVP will support the struggle launched by Port trade unions in order to protect the East Terminal.

The Parliamentarian stressed vesting a minority stake of the East Terminal, will result in the Port loosing control of it.

He was confident the government was attempting to deceive the public by making contradictory statements over its actions.

The MP stressed, state officials were exploiting the people’s mandate, and are selling local assets to foreign organisations for large commissions and deals.

MP Dissanayake pledged to support Port employees through their struggle.

On a separate note, MP Dissanayake requested the government to purchase COVID-19 vaccines, instead of depending on donations of the vaccines from foreign countries.

He claimed the government was begging for vaccine donations as they are destitute.

However the Parliamentarian claimed the cost of vaccines were Rs.10 billion, adding the government lost revenue from the sugar tax alone equalling to that figure within the last three months.