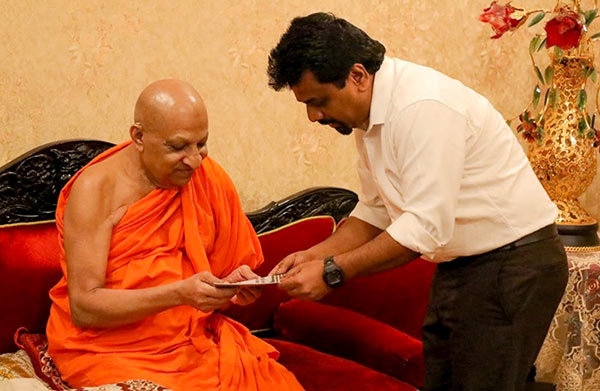 He was speaking to the media after he called on the Malwatte Mahanayake, Most Ven. Thibbotuwawe Sri Siddhartha Sumangala Mahanayake Thera at his aramaya in Kandy on Tuesday, and presented the JVP’s proposals for building a united nation, defeating communalism and extremism.

Dissanayake said Sri Lanka’s 71-year history since independence has proved that individuals could not rebuild the country by acting single-handedly. What the country needed today was a political force with a systematic programme of work. He said no single member of the Rajapaksa family was capable of taking the country forward.

The JVP was therefore promoting a politico-social movement which could take the country forward towards true development.

He said the proposals formulated by the JVP included the introduction of a common legal framework, educational reforms and several other progressive measures.

2 Responses to JVP to field candidate for Presidential Election