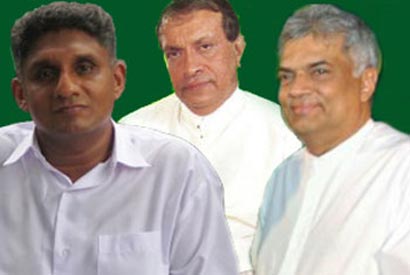 UNP Deputy Leader Karu Jayasuriya has agreed to take up the party leadership on a request made by a group of UNP MPs, UNP co-Dept. Leader Sajith Premadasa told Ada Derana over the phone a short while ago. Sajith added he undertook the responsibility to bring in a majority support to make the appointment

4 Responses to Karu agrees to take up UNP leadership – Sajith