Karu is not a dictator: Dayasiri 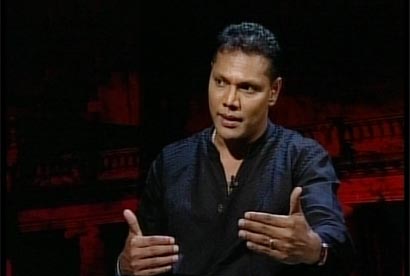 UNP MP Dayasiri Jayasekera expresses his views on the present turmoil within the UNP.

Q. Are you worried, that the present turmoil within the United National Party (UNP) will break-up the party and cause the two factions to go their separate ways?

Yes, I am very worried about it because we don’t have a common agenda to work towards, which is the biggest problem. We begin something and thereafter everyone has their own views and the work is never completed, all that happens is the main opposition party in the country is weakened everyday.

Q. In the history of the UNP, a conflict of this nature caused the party to split; do you feel the present crisis will drive the party to take a similarly drastic action?

No I don’t think, we have had that experience before in 1993 and we are fed up with these kinds of factions. Therefore we wanted to get rid of these things and emerge as a newly formulated party with new thinking and to be the strongest opposition possible—that is what we wanted. I think everyone is trying to do that, however there have been problems in the party for the last few years and we have to solve them as soon as possible.

Q. Are you confident that the party is not going to end up like the Gamini-Lalith situation?

No, because we won’t allow that to happen, I can assure you.

By ‘we’ I mean all those that have taken a neutral stance, like me. I think about 90 per-cent of the UNP wanted Sajith Premadasa to be the leader of this party and we fought for that. Thereafter on March 23, we decided to accept Ranil Wickremesinghe’s leadership and Sajith accepted the post of Deputy Leader along with Karu Jayasuriya and after that I think my fight was over. We wanted him to be the leader but he decided to accept the Deputy Leadership position and wait for some time.

Q. You chose to be neutral after March 23; by your words your fight was over, so, did you feel betrayed by Sajith Premadasa?

No, I won’t say I felt betrayed. I must say that Sajith has taken a very wise decision; because he thought that after taking that position he could work with the leader. I don’t look at it like a betrayal.

Q. You said that his move was wise, but in hindsight that is not the case; because the party is still in strife and yet to move forward?

That is not his problem. After this fight was over on March 23, I personally went and met Ranil Wickremesinghe and I told him to take all those that went against him and take them into the working committee and work with them, because there is no problem, we all accepted his leadership and now he is the leader. We all wanted to work together by accepting Ranil Wickremesinghe ’s leadership. But it didn’t happen like that.

Because, he first took a decision to unlawfully appoint Ravi Karunanayake to the position of National Organiser and it was illegal. When you go through the new constitution, it is illegal. The second thing is that he has appointed certain people without appointing the people who were earlier in the working committee, because he didn’t appoint those that went against him. When you are a leader you have to be able to take everyone under one roof and work together, but he didn’t do that. Thirdly when they have a meeting, according to Sajith Premadasa he is not invited for these meetings. They make decisions without his consent and this is wrong. The committee consists of six people; who make decisions for three to four million people. Therefore they have the responsibility to take a decision in unity to represent the interest of all the UNP voters, but this is not happening.

Q. You said that he didn’t appoint those that went against him into the working committee, but that would make logical sense—how could he appoint people he didn’t trust to work with him. And even today, his two deputy leaders are now working against him.

I don’t agree with that statement. Politics is not a one party game; there are many views—I think in one way and Sajith will think in another way. A good leader must accept all these points of view; otherwise it’s called a dictatorship. What Ranil Wickremesinghe wants is someone who will raise their hands and agree with everything he says—but in politics there should be people who voice opposition.

Q. On a grass root level you are very popular; do you feel that Mr. Wickremesinghe at no point was able to connect to the grassroots level?

I must say that he is a very good leader, who knows the constitutional politics and history and he has very good links with the international community—the only weakness he has is that he is not linked with the people of this country and the common masses.

There are people who are educated but are not friendly with the grassroots level. If you are not someone who is connected to the grassroots level, then you must find someone who is connected to that level. Ranil Wickremesinghe should do that. That is why I told him to use Sajith Premasada and the other young MP’s. I told him be J.R. Jayewardene and follow the example of how he used Gamini Disannayake, Lalith Athulathmudali and R. Premadasa. These persons were able to talk to the grassroots and get them onto their side; but who benefited? J.R. Jayewardene.

Q. Do you think that Karu Jayasuriya connects well with the grass roots?

I think he is a real gentleman. He is a Singhalese Buddhist and wears the national suit and he is a team player. He is not a dictator and he listens to all of us, in that sense he is a very good leader.

Q. Are there any actual differences in policies between these two groups, that one should be chosen over the other? Because to the general public the only apparent difference is youth and a claim to be able to unite the party.

There is a huge rift in the party and day by day that is increasing, there is also a lot of animosity. Sajith’s group thinks that as long as Ranil Wickremesinghe is in power they will never get a chance and Ranil thinks that the younger MP’s are out to get him. There is no way to unite these groups and we have asked Mr. Karu Jayasuriya to take this place.

Q. What is the future of the party, Mr. Sajith Premadasa alleges that he had a plan and the public would find out in due course, but that was the same claim before the 23rd of March and very few changes were seen.

It is too early to comment on that because we didn’t meet each other and everyone is communicating through the media and that is the biggest problem. Therefore until we get together and discuss what we want to do, no one knows what will happen.

Q. Finally, do you see yourself as a successor to Mr. Wickremesinghe?

I have much more time. Because I always think the first thing is the party; therefore if I can work for the party and take my party from the grassroots level to the government, then that is my ambition. After that we can think of the positions we are goig to get.

After that there is much more time, because I am still young and there are many leaders in the party, who are capable and when the time comes we will see—I can’t predict whom.

I have an ambition and I have a goal; but I’m not in a mighty big hurry.

2 Responses to Karu is not a dictator: Dayasiri

Home » Karu is not a dictator: Dayasiri