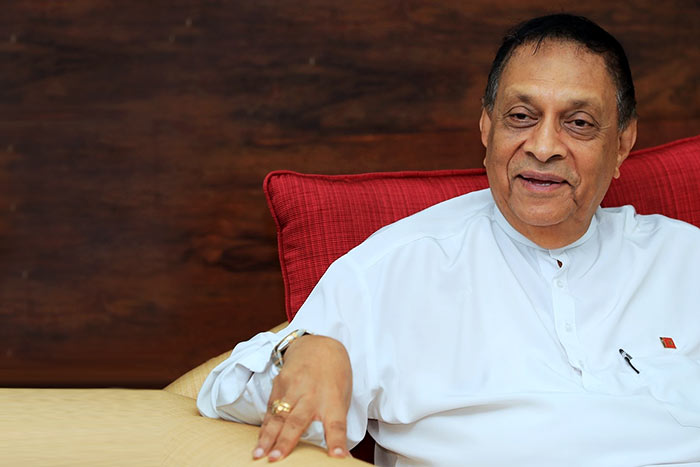 National Movement for a Just Society Chairman and former Speaker Karu Jayasuriya has saluted a lady medical officer for standing up against injustice.

“If citizens need a ‘chit’ from politicians to get COVID-19 vaccination, their right to health is denied,” Jayasuriya said in a tweet.

“Moratuwa Mayor was caught thanks to a resisting medical officer. We salute her and condemn the insult to the independence of public servants. Investigate other violations too!” Jayasuriya added.

He was responding to an incident on Thursday when Moratuwa Mayor Samanlal Fernando threatened a lady doctor and obstructed duties of health officials who had gone to administer Sinopharm vaccines to the people in Moratuwa and Moratumulla Grama Niladhari Divisions.

The doctor refused to give the vaccine according to the list given by the Mayor, sparking a heated exchange of words.

Fernando was yesterday remanded till 11 June following his arrest after surrendering to Police and being produced before the Moratuwa Magistrate.