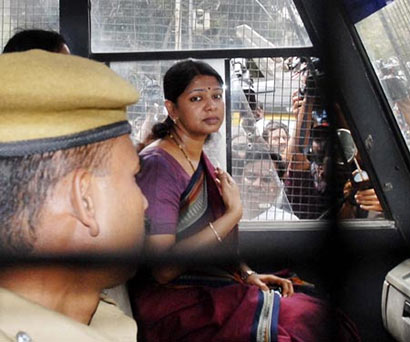 India’s Pioneer newspaper said in an editorial that Chief Minister Muthuvel Karunanidhi’s recent clamor to divide Sri Lanka and carve out a separate Tamil homeland has been done for a political mileage and it can also be seen as an attempt to brush aside all troubles in his own party and home. Bogged down by the 2G Spectrum scam and the recent revolt in his party by his second son and Union Minister MK Alagiri, Mr Karunanidhi seem to have sought refuge in the Eelam issue, it said.

Written by Swati Das the editorial warned India not to internationalize the Eelam issue  as India has its own issue of Kashmir and said deliberately, “ The LTTE is history, and so is the demand for a separate homeland for Tamils in Sri Lanka. Yet, politicians of Tamil Nadu continue to sing in the name of Tamils in Sri Lanka — and sing songs in  whose chorus Tamils neither in Tamil Nadu nor in Sri Lanka want to be a part of.”

Tamils in Sri Lanka don’t want a Tamil Eelam, nor do Tamils in Tamil Nadu. Yet the DMK chief keeps talking of his dream which was the goal of LTTE,the editorial said.

The following is the full text of the editorial: “DMK president and former Tamil Nadu Chief Minister M Karunanidhi is singing for Eelam (separate Tamil homeland) in Sri Lanka. He made the demand last week and reiterated it on Tuesday, though he found no support from Tamils either in India or Sri Lanka. For, the Tamils know his reasons for amplifying the song.

“Sri Lankan Tamils will not be satisfied with anything less than Tamil Eelam considering that assurances of political solution or devolution of powers have not come into practice and remain only on paper,” he said on Tuesday, asking the Union Government to intervene and play a role similar to the one in securing the liberation of Bangladesh from Pakistan in the 1970s.

“He claims that a separate nation for Tamils is the only solution to the eluding devolution of powers to Tamils in that island country.

“Ironically, none, including Tamil National Alliance leader Sampanthan and other Tamil leaders in the island, supported his call. Mr Karunanidhi’s call came at a time when an Indian delegation led by the Leader of the Opposition in Lok Sabha Sushma Swaraj visited Sri Lanka last week, setting up an embarrassing situation.

“An enraged Sri Lanka has retorted by asking Mr Karunanidhi to first have an Eelam in India. “If former Tamil Nadu Chief Minister M Karunanidhi’s unfulfilled dream was a Tamil Eelam, he can have it in India where a larger population of Tamils live than in Sri Lanka,” Defence Secretary Gotabaya Rajapaksa  said, adding, “Karunanidhi should realise that ours is an independent country and he should not attempt to establish Eelam. We consider those who talk about Eelam as terrorists.”

“The song of freedom is ringing in the ears of Tamils across the world. The blood and tears shed by Sri Lankan Tamils will not go in vain. If not tomorrow, it will come into existence one day,” Karunanidhi had written in his column in the DMK mouthpiece Murasoli, the platform where he is expressing his views on Eelam.

“The Tamils know Mr Karunanidhi’s song is nothing but another of the political gimmicks frequently played by Tamil Nadu’s politicians to earn brownie points with a section of the State’s voters. Recently, his bete noire and Tamil Nadu Chief Minister and AIADMK general secretary J Jayalalithaa had withdrawn her party MPs from the delegation that visited Sri Lanka in a show of solidarity with ‘suffering Tamils’ in Sri Lanka. Stumped by this decision of the rival, Mr Karunanidhi too withdrew his MPs from the delegation, even though his party is a constituent of the Union Government. In an attempt to better his rival, he is demanding the impossible. And, Tamils see through all karunai (compassion) for ‘suffering Tamils’.

“Mr Karunanidhi’s Eelam advocacy can also be seen as an attempt to brush aside all troubles in his own party and home. Bogged down by the 2G Spectrum scam and the recent revolt in his party by his second son and Union Minister MK Alagiri, Mr Karunanidhi seem to have sought refuge in the Eelam issue. The feud between Mr Alagiri and Mr Karunanidhi’s third son MK Stalin, earlier this week, has led to the expulsion of an Alagiri supporter from the DMK.

“As many fear, Mr Karunanidhi’s point can be an inspiration for mischievous extremists and separatist groups to resume a campaign that can hamper reconciliatory efforts and plunge the neighbours back into a warpath. India, having supported the United States-sponsored United Nations Human Rights Council resolution against Sri Lanka, is in a position to work out a good solution within the framework of the Sri Lankan Constitution and the drive of the Tamil Nadu politicians should be to ensure that instead of fomenting trouble for political mileage.

“Internationalising this issue beyond a point could have other kinds of repercussions for India. Remember, we have a Kashmir to mind. Already, irked with India’s support to UNHRC resolution, pressured by Tamil Nadu parties, Sri Lanka has revived its security concerns against the Kudankulam Nuclear Power Plant and threatened to take the matter to an international forum.

“A member of the Indian delegation to Sri Lanka and CPI(M) MP from Tamil Nadu, TK Rangarajan, on his return from the visit told the media: “At the citizens meeting at Jaffna and also in a session with the Sri Lankan MPs, TNA leader Sampanthan stressed for a political solution within the united Sri Lanka and never talked about Eelam.”

“Evidently, Mr Karunanidhi’s approach on the basis of one-upmanship can roll back the efforts for devolution of power, especially if a United Nations referendum is sought. It only goes towards hurting the reconciliatory efforts. His demand is not based on logical solution given the current political scenario in the island. The same Karunanidhi had in the early 2000 suggested division of the island on the basis of Czechoslovakia — Czech Republic and Slovakia — separation without bloodshed.