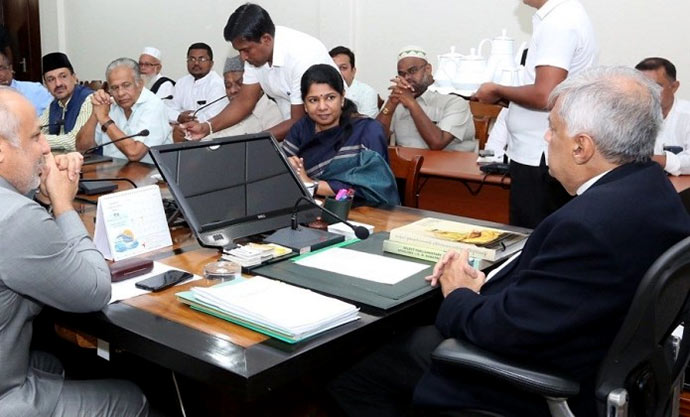 Tamil Nadu politician Kanimozhi Karunanidhi, daughter of former Tamil Nadu Chief Minister Muthuvel Karunanidhi, has had talks in Colombo with the Government and others.

She met Prime Minister Ranil Wickremesinghe for talks in Colombo today (Friday) which was also attended by Minister Rauff Hakeem.

Kanimozhi had also discussed the fishermen issue with the Government at a meeting held with the State Minister of Fisheries and Aquatic Resources Development Dilip Wedaarachchi.

Yesterday (Thursday) she attended the wedding of Minister Rauff Hakeem’s daughter in Colombo.

India and Sri Lanka have had several rounds of discussions on Indian fishermen poaching in Sri Lankan waters but the issue has not yet been resolved.

Hundreds of Indian fishermen continue to cross into Sri Lankan waters and most are often arrested by the Sri Lankan Navy.

Indian fishermen, however allege that the Navy often attacks them at sea, an allegation the Navy denies.