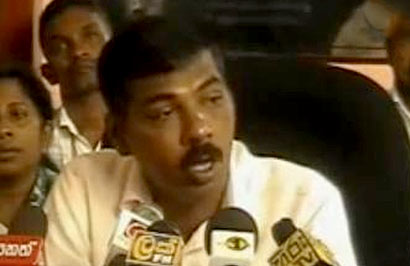 The Chairman of the Kelaniya Pradeshiya Sabha, Prasanna Ranaweera has been admitted to the Kiribathgoda Hospital after allegedly being assault this morning, Ada Derana reporter said.

Ranaweera, who had attended a function in the Kelaniya area today (23), was involved in a heated argument with another individual which reportedly escalated into a brawl.

The other person involved in the clash is also said to be a member of the United People’s Freedom Alliance (UPFA).

Both of them are currently receiving treatment at the Kiribathgoda Hospital following the incident.