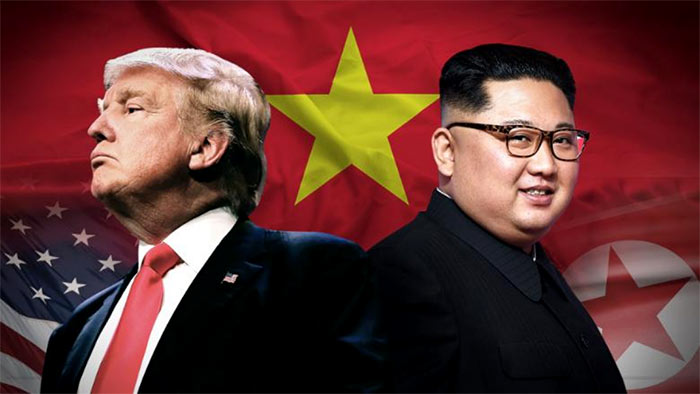 North Korean leader Kim Jong Un has arrived in Vietnam in his heavily armored train, ahead of his two day summit with US President Donald Trump in the capital Hanoi.

The summit, the second since the two leaders met in Singapore last June, is expected to build upon their agreement to “work toward complete denuclearization of the Korean Peninsula.”

Critics say that meeting — the first between a North Korean leader and a sitting US president — failed to produce concrete action in getting the North to give up its nuclear weapons.

After a two-and-a-half-day trip that covered about 2,800 miles overland, Kim arrived Tuesday to a red carpet welcome at 8:15 a.m. local time at the Dong Dang railway station in the border town of Dong Dang in Vietnam’s Lang Song province.

Kim waved and smiled as he was greeted by Vietnamese officials and a guard of honor before getting into his Mercedes. His cohort of North Korean bodyguards ran alongside the car as it pulled away.

There was a heavy security presence at the station, with Vietnamese soldiers and sniffer dogs patrolling the area. Camera crews gathered outside in anticipation of the arrival.

The trip is considerably more arduous from a logistical perspective than Kim’s previous meeting with Trump, during which he hired a Chinese plane to travel to Singapore.

Kim’s motorcade is expected to drive the remaining 100 miles to Hanoi — with the entire stretch of road reportedly closed to all normal traffic.

Like most things related to the North Korean leadership, Kim’s exact route from Pyongyang to Hanoi has been shrouded in secrecy.

He reportedly passed through the central Chinese city of Wuhan at 7 a.m. on Monday local time, before reaching the Chinese side of the Vietnamese border early Tuesday morning.

Kim Jong Un’s wife, Ri Sol Ju was not named as among his entourage.

KCNA reported that Kim will pay an “official goodwill visit” to Vietnam at the invitation of Nguyen Phu Trong, General Secretary of the Communist Party of Vietnam. On Saturday, Vietnam confirmed for the first time that Kim would make an official visit “in the coming days,” according to a statement posted on the official Twitter feed of Vietnam’s Foreign Ministry spokesperson.

Trump’s Air Force One is scheduled to arrive in Hanoi on Tuesday night local time. The US President tweeted on Sunday that “without nuclear weapons” North Korea “could fast become one of the great economic powers anywhere in the World.”

“Because of its location and people (and him), it has more potential for rapid growth than any other nation!” he wrote.

North Korea is one of the poorest countries in the world with an estimated per capita income of just $1,300 a year.