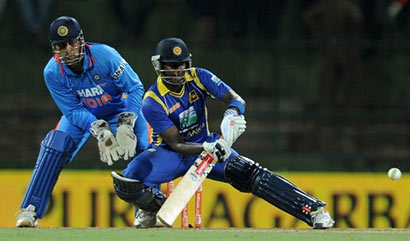 In-form Kohli hit a 48-ball 68 for his maiden half-century in T20 internationals while paceman Pathan finished with 3-27 as India bowled Sri Lanka out for 116 after scoring 155-3.

Seamer Ashok Dinda finished with 4-19, including three wickets in an over, as Sri Lanka lost their last six wickets for 20 runs. Angelo Mathews top-scored for Sri Lanka with 31.

Kohli earlier smashed one six and 11 fours before being caught by Lahiru Thirimanne at deep mid-wicket off debutant paceman Shaminda Eranga, who took 2-30 off four overs.

“I think we mastered our bowling and batting better than them,” said India captain Mahendra Singh Dhoni.

“We thought we were 15 runs short, but overall we were really good.”

Kohli, who scored two centuries in the recent five-match one-day series in Sri Lanka, put on 74 for the second wicket with opener Ajinkya Rahane (21) and 48 for the next with Suresh Raina who made a 25-ball 34 not out.

“We thought 150 was achievable,” said Jayawardene. “We’re making a lot of mistakes and when you come across a team like India it is tough.”

Sri Lanka struck early after electing to field as Eranga bowled opener Gautam Gambhir (six) with his fourth delivery, but Kohli and Rahane propped up the innings.

Kohli went for his shots from the beginning as he hit pacemen Thisara Perera and Eranga each for three fours in an over. He reached his half-century with a four off left-arm spinner Rangana Herath.