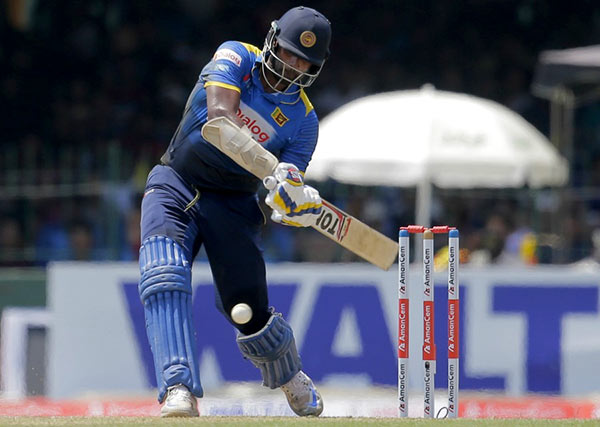 Seamer Nuwan Kulasekara picked up four wickets to help Sri Lanka register a comfortable 70-run win in the third and final one-day international against Bangladesh on Saturday and level the series at 1-1.

Half-centuries from Kusal Mendis and Thisara Perera took the hosts, who lost the opening ODI in Dambulla, to 280 for nine in their 50 overs after Bangladesh won the toss at the Sinhalese Sports Club Ground.

Kulasekara’s double strike at the start hampered Bangladesh’s chase as the touring side were reduced to 11-3 and they never recovered before being bundled out for 210 in the 45th over.

Kulasekara struck twice in his first two overs to send back Tamim Iqbal and Sabbir Rahman while test captain Mushfiqur Rahim was out lbw first ball to paceman Suranga Lakmal.

All-rounder Shakib Al Hasan and opener Soumya Sarkar put together a quickfire partnership of 77 for the fourth wicket before the latter fell to off-spinner Dilruwan Perera.

Shakib made 54 but his dismissal to Dilruwan effectively ended Bangladesh’s hopes of a series victory.

Mehedi Hasan Miraz delayed Sri Lanka’s win with 51, his second half-century in ODIs, before he was out to the first ball of Kulasekara’s third spell. The seamer also dismissed Taskin Ahmed to finish with figures of 4-37 in 7.3 overs.

Earlier, captain Upul Tharanga and Danushka Gunathilaka gave the hosts a brisk start with an opening partnership of 76 before both were dismissed in quick succession.

The 22-year-old Mendis, who scored 102 in the rain-disrupted second ODI in Dambulla, continued his strong form with a well-made 54.

Sri Lanka looked good for a big total but lost their way in the middle after the runouts of Dinesh Chandimal and Milinda Siriwardana.

Chandimal’s knock was cut short at 21 when he was out in bizarre fashion with Mushfiqur Rahim removing the bails when the batsman had lifted his bat after having initially grounded it in the crease.