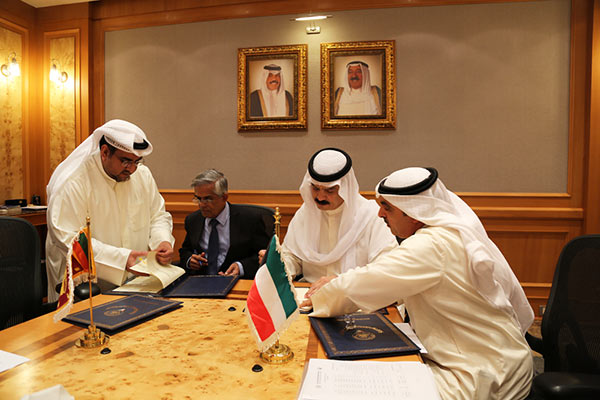 Kuwait Fund for Arab Economic Development (KFAWD) has settled in signing a KD five million loan agreement with Sri Lanka, for financing the development of the Kalu Ganga region.

KAFED has stated through a statement that the fund which is lent will be invested in developing Mahaweli river basin.

Since 1960’s this project has been executed by the Government of Sri Lanka. The aim is to increase agricultural and farming production. This will also secure housing and develop the standard of living for the people in the area.

This is the second loan accord which is signed by KFAED to fund this mega venture. In March 2009, the fund lent the Asian nation KD 10 million for same project.

“A Supplementary Loan Agreement was signed today in Kuwait between the Democratic Socialist Republic of Sri Lanka and Kuwait Fund for Arab Economic Development (the Fund) whereby the Fund will make a Loan of Kuwaiti Dinars five million (K.D.) 5,500,000/- (equivalent to about U.S.$ 17 million) to assist in financing the additional costs of Kalu Ganga Development Project.”

“The Loan will be the second loan for financing the said Project, as the Fund is making at present a loan of K.D. 10 million (equivalent to about U.S.$ 34 million), by virtue of the Agreement No. 781 signed on 9/3/2009 for financing the same Project.”

The Supplementary Loan Agreement was signed on behalf of Sri Lanka by Dr. RHS Samaratunga, Secretary, Ministry of Finance whereas Mr. Hamad Al-Omar, Deputy Director-General of the Fund signed the Loan on behalf of the Fund.

The purpose of the Project is to increase agricultural production in the Mahaweli Basin through providing the water needed to increase cultivated land, thereby increasing food production and improving the living standard of the population.

The Project is a component of the Mahaweli development program, initiated by the government in the nineteen sixties for the purpose of increasing agricultural and livestock production, creating work opportunities, and improving living standards in the areas of the Mahaweli Basin.

The Saudi Fund will provide an additional financing for Development along with the OPEC Fund for International Development. The Government of the Sri Lanka would cover the remaining estimated cost and any other cost increases.