Lankan arrested on charge of spying for Pakistan 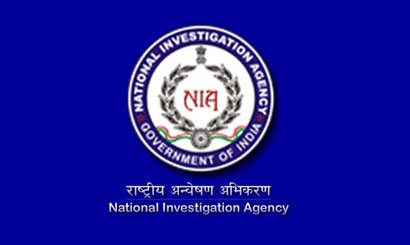 A Sri Lankan national was arrested on Wednesday by National Investigation Agency (NIA) on the charge of spying on behalf of Pakistan.

Arun Selvarajan was arrested by NIA for his alleged involvement in espionage activities at the instigation of Pakistan, official sources said last night.

Selvarajan was found in possession of two passports – Sri Lankan and Indian, they said.

He is learnt to have gained access to certain vital installations under the guise of managing events, a statement issued by NIA said without mentioning where he was apprehended.

“Selvarajan was passing on information using internet communication tools. Incriminating evidence has been seized from him which is under scrutiny”, the statement said.

He also has criminal cases pending in Sri Lanka against him along with a look-out circular, it said.

Police said an official in the Pakistan High Commission at Colombo was his handler and provided funds to him.

He has criminal cases pending against him in Sri Lanka along with a lookout notice, the statement said.

Arun came to India in 2011 and then floated an event management company and began organising conferences and events. He had visited vital installations like the Coast Guard and Officers Training Academy.

He is also linked to the Thameen Ansari case. Thameen Ansari was arrested on September 16, 2012 for conspiracy to transmit photographs, video clippings and, sketches on the security aspects of the Willington Military Training Centre near Udhagamandalam in Nilgiris District, Karaikkal and Nagapattinam harbours and Indian Naval base at Mallipattinam through e-mail and in person to a foreign country. (Source: NDTV)

Home » Lankan arrested on charge of spying for Pakistan