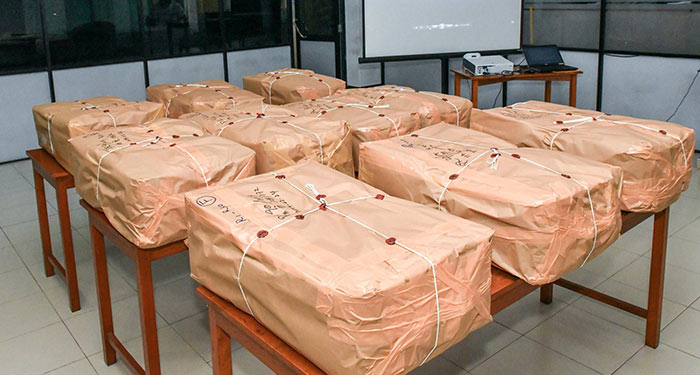 The largest heroin detection ever made in Sri Lanka, was seized by the Police Narcotic Bureau (PNB) and the Special Task Force (STF) officials yesterday.

Accordingly, two suspects and two vans were also taken into custody along with the heroin stock, the Police Media Spokesperson said.

Police Spokesman SP Ruwan Gunasekera said the heroin haul was seized at a car park in Kollupitiya and two suspects were arrested along with the heroin.

The suspects, aged 32 and 43 years, were identified as residents of Keselwatte area in Panadura.