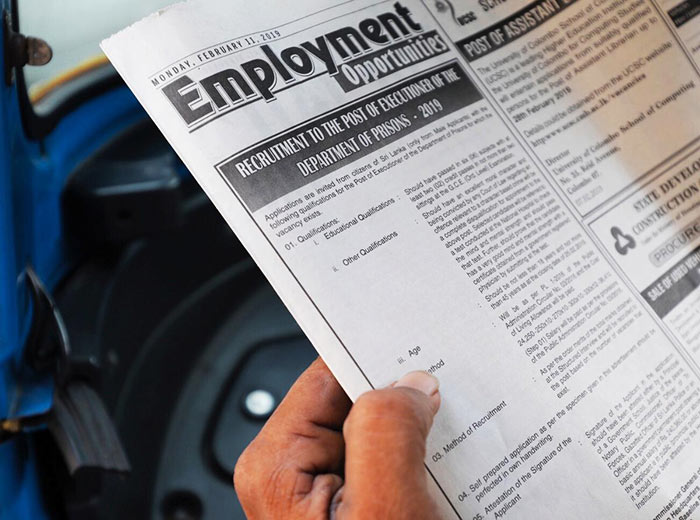 A Sri Lankan advert for hangmen has attracted more than 100 applicants, including an American, a prison service spokesman said on Wednesday, as the country pushes ahead with a plan to reintroduce the death penalty for drug offences.

The hardline policy is in part inspired by the Philippines’ war on drugs, where thousands have died in encounters with police.

Thushara Upuldeniya, a spokesman for the prison service, said 102 people applied for the position of executioner after a newspaper ad called for applicants with “excellent moral character” and “mental strength”.

The American’s application was rejected as foreigners are not eligible for the role.

Drug trafficking is a capital offence in Sri Lanka although no one has been executed for any crime in the country since 1976 when all death penalties were commuted to life in prison.

Sri Lanka’s last hangman quit in 2014 without ever having to execute anyone, citing stress after seeing the gallows for the first time. Another hired last year never turned up for work.