Let’s work together for a prosperous Sri Lanka – President 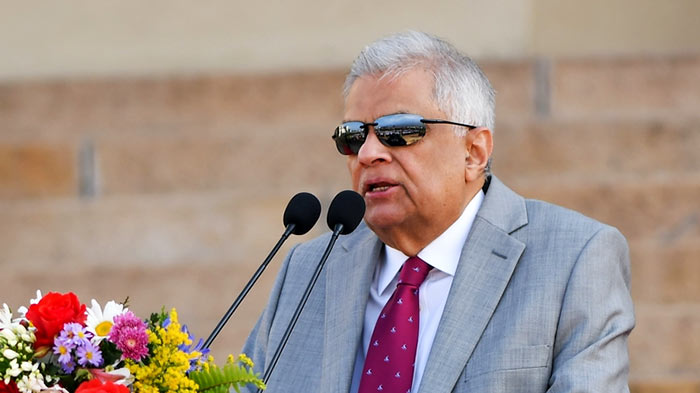 Sri Lanka President Ranil Wickremesinghe said that no one can shirk their responsibilities for the country in the year 2023, which is a crucial year for the Sri Lankan economy.

President Wickremesinghe invited all public servants to dedicate themselves towards making Sri Lanka a prosperous nation in the New Year.

He extended this invitation to the Presidential Secretariat staff during the oath-taking ceremony for the New Year 2023 before commencing their duties this morning (January 02).

President Wickremesinghe hoisted the National Flag marking the commencement of duties in the New Year, and all staff members of the Presidential Secretariat took the public service pledge together.

Thereafter, the President joined the staff members for a tea party.

The President also extended his best wishes to the staff for the New Year.

President Ranil Wickremesinghe further said, “I wish you all a happy and prosperous New Year. Five and a half months ago, we took over a historic task at this office.

During those five and a half months, we took steps to establish normalcy in the country at a time when the government had collapsed and the economy had also collapsed.

However, not all our economic problems are over yet. Nevertheless, today we have the ability to provide fuel, gas, foodstuff and fertilizer as required.

I must first extend my gratitude to all those who assisted us during these five and a half months. However, our task is not over yet.

The most crucial year is 2023. We have to move forward by implementing the debt-restructuring program and freeing our country from the debt burden.

Moreover, we have to build an economy that can compete with the new world. The opinion of the majority is that there is a need for a change in the political system of this country. We have to fulfil both these things.

We also need to come up with a new method that can solve the problems of today’s political system. We need greater unity among us than last year.

We look at this government as a sort of mechanism. This is not divided into several programs by ministries. All work as sub-parts of the same mechanism.

Therefore, there can be no competition or tug of war between anyone and no one can put a limit to their responsibilities.

All of you should be bound to implement the basic policies of the country.

The core of the program is the President’s Office, as well as the Cabinet Office and the Prime Minister’s Office. It is from these institutions that these activities will be carried out.

Each person’s duties cannot be limited to 08 hours a day and 05 days a week. Let’s all work with commitment.

By the end of 2023, I hope to take this country forward with the support of all of you and restore normalcy.”

Member of Parliament Vajira Abeywardena, President’s Senior Adviser on National Security and Chief of Presidential Staff Sagala Ratnayake, President’s Secretary Saman Ekanayake and senior officers of the Presidential Secretariat and all staff members were also present on this occasion. 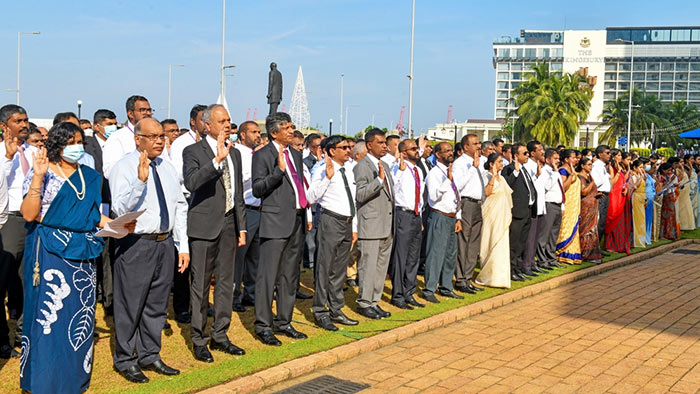 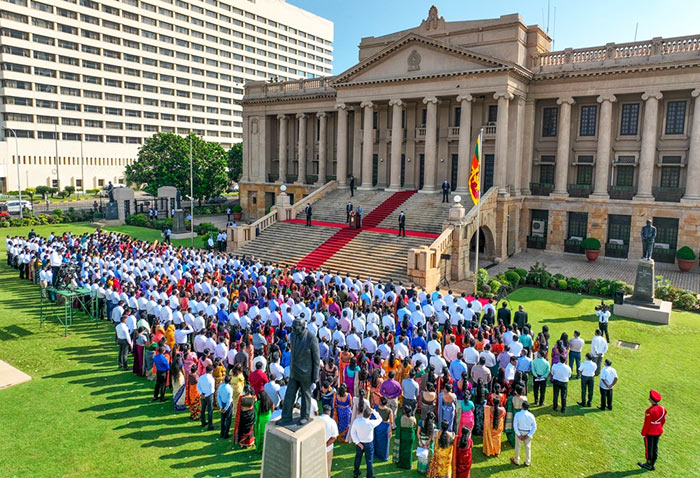 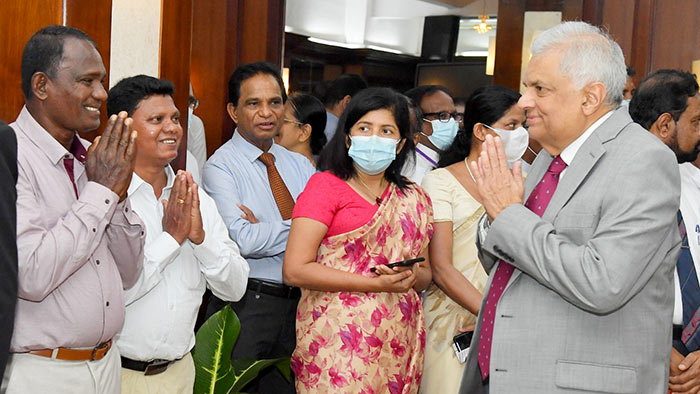 Home » Let’s work together for a prosperous Sri Lanka – President