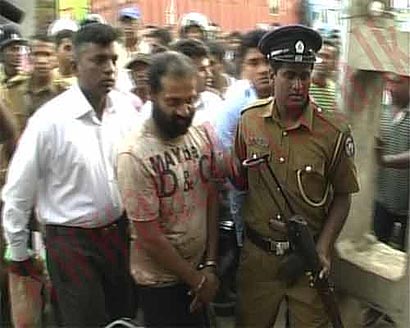 December 07, 2010: Twenty-one suspects, including Sakvithi Ranasinghe, the chief suspect in the financial scam amounting to more than a billion rupees, were produced before the Gangodawila magistrate’s court yet again yesterday.

For the first time, a state counsel appeared on behalf of the prosecution yesterday.

In addition, the court also ordered for Sakvithi Ranasinghe’ office building located down Nawala Road in Nugegoda be handed over to its owners.

Attorneys at law Wasantha Ranasinghe, Vidura Manchanayake and Suneetha Nanayakkara appeared on behalf of the suspects.