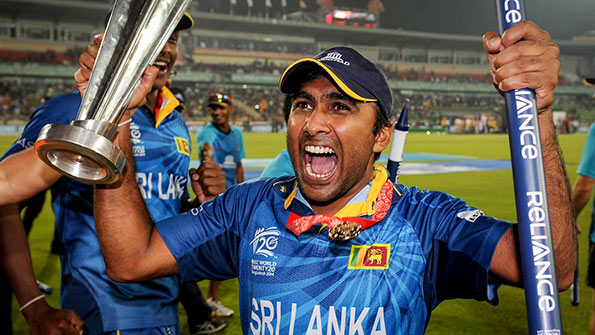 Mahela Jayawardene is set to be appointed as a batting consultant by England for their series away to Pakistan in the United Arab Emirates later this year after officials confirmed they arein talks with the Sri Lanka great.

“We have had some initial conversations with Mahela Jayawardene around a possible short-term consultancy role at the start of the UAE tour — given his familiarity with conditions,” an England and Wales Cricket Board spokesman said Tuesday.

“Nothing has been agreed at this stage.”

England’s tour of the UAE will begin in October and feature three Tests as well as one-day and Twenty20 internationals against Pakistan in a trip lasting two months.

Their last visit to the UAE saw England beaten 3-0 in a three-Test series by Pakistan in 2012.

Mark Ramprakash is England’s batting coach and Jayawardene’s appointment is understood to be on a part-time consultancy role only, similar to the one in which former Pakistan leg-spinner Mushtaq Ahmed was employed as the team’s spin-bowling coach.

Pakistan have not played a Test on their own soil since Sri Lanka’s team bus was attacked by militants in Lahore in 2009.

Zimbabwe toured Pakistan in May and June this year for one-day matches – the first visit to the country by a Test-playing team in six years.