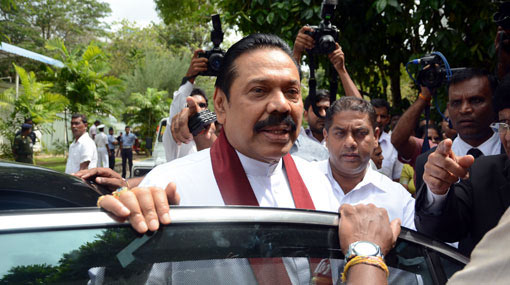 Former President Mahinda Rajapaksa arrived at the Presidential Commission of Inquiry to probe large scale corruption a short while ago.

He was summoned by the PRECIFAC to give a statement regarding the ongoing probe into allegations of failure to make payments for election adverts broadcasted on a state-owned television channel.

3 Responses to Mahinda arrives at PRECIFAC