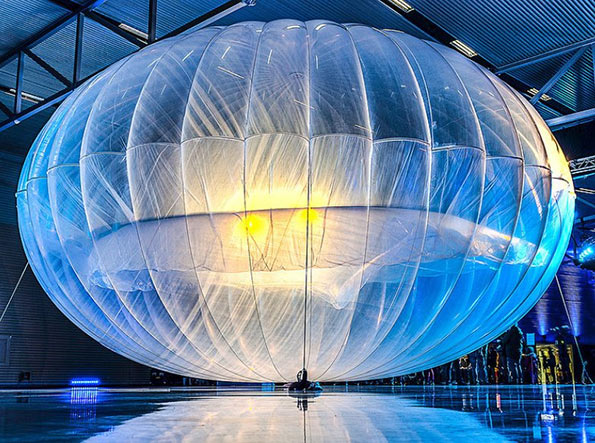 One of three balloons that would be used in the trials entered Sri Lankan airspace last Monday.

With “Project Loon”, the internet giant struggled to find the right balloon design that could be both inexpensive and durable not only to float but navigate to predictably travel through the stratosphere, the experts say.

The balloons, once in the stratosphere, will be twice as high as commercial airliners and barely visible to the naked eye. The balloons will have a lifespan of about 180 days, but can be recycled, according to Sri Lankan officials involved in the venture.

Sri Lanka became the first country in South Asia to introduce mobile phones in 1989 and the first to roll out a 3G network in 2004. It was also the first in the region to unveil a 4G network two years ago.