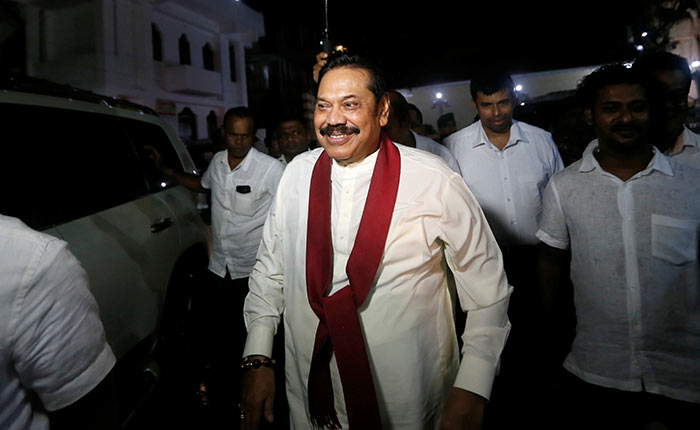 Opposition Leader Mahinda Rajapaksa said they would continue their political struggle unabated until they establish a government.

He emphasized this, fielding questions posed by the media when he arrived in Anuradhapura to pay homage to the Jaya Sri Maha Bodhi on December 19.

When journalists pointed out that the country suffered a state of destabilisation recently and whether he had any programme to remedy the situation, Rajapaksa said

it was caused by the UNP and the TNA and he tendered his resignation from the Premiership because he could not be a silent onlooker.

Thereafter, he visited the Jaya Sri Maha Bodhi and engaged in religious observances.