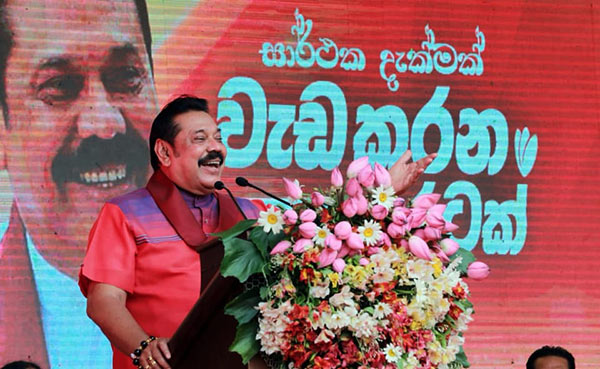 SLPP leader and Former President Mahinda Rajapaksa, yesterday, said that his party would not agree to any of the conditions laid down by the TNA.

Rajapaksa said so, addressing a political rally in Beliatta in support of the candidature of Gotabaya Rajapaksa.

He said the North had been developed by the UPFA government but the present administration was only trying to obtain the votes of the northern people without doing anything for them.