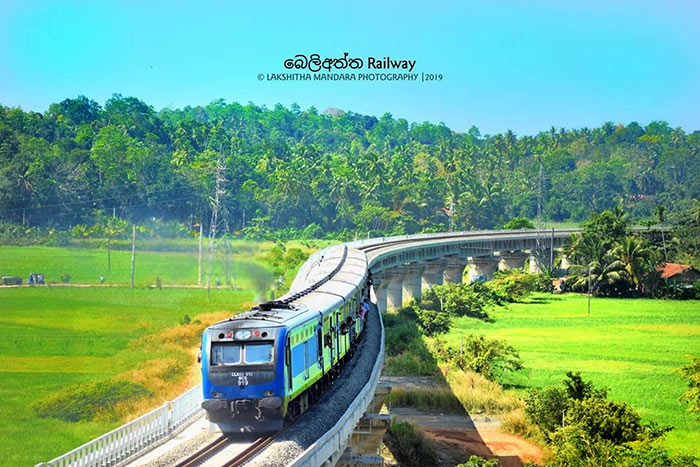 According to the Ministry of Transport, trains will complete its journeys between Matara and Beliatta in 20 minutes at 120kmph.

The new railway track was vested with the public under the patronage of Minister of Transport and Civil Aviation Arjuna Ranatunga in accordance with the project themed ‘Dakunu Lakata Aluth Magak’ (New Road to Southern Sri Lanka).

Concurrent to the inaugural ceremony of Matara-Beliatta railway line, new railway stations at Piladuwa, Weherahena, Kekanadura, Bambarenda, Wewrukannala and Beliatta will be declared open. A feasibility study on constructing a new 100km-long railway line from Matara to Kataragama was conducted in 1990 and the foundation stone for the project was laid in 1992.