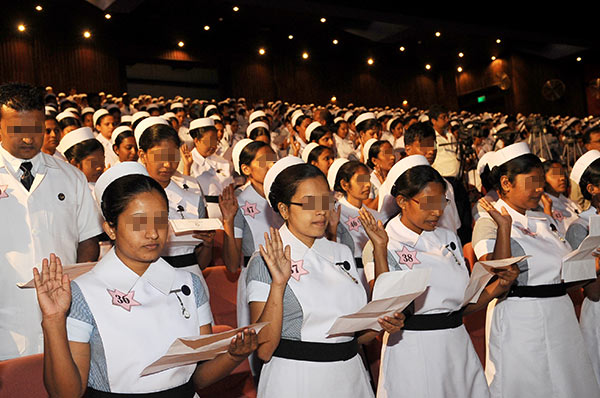 The Government Nursing Officers’ Association says it will launch a 24-hour token strike at island-wide hospitals from 7am today.

Chairman of the Association Saman Rathnapriya said around 60,000 members belonging to 16 unions are expected to withdraw from services.

He said the trade union action will be launched over several demands including issues surrounding promotions, the demand to implement the recommendations included in the Ranukge Committee report among others.

Saman Rathnapriya noted that discussions have been held with authorities for almost four years and said that unions have not received a favourable response from the State.

Therefore he said union members attached to central government hospitals, provincial hospitals and other state medical facilities will withdraw from services until 7am tomorrow.

1 Response to Nurses on strike