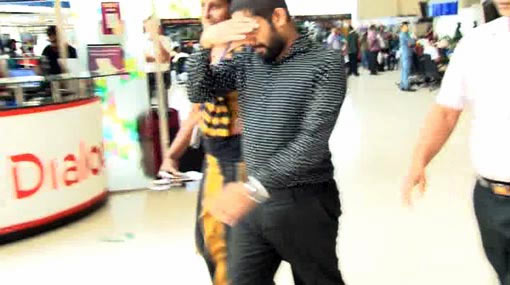 The cousin brother of Makandure Madush named Nilan Romesh, who was detained by the CID at the Bandaranaike International Airport (BIA) for questioning, was arrested by the Colombo Crimes Division today (CCD), Police said.

Nilan Romesh Samarasinghe was arrested along with Madush and other Sri Lankans, at a party involving drugs in Dubai.

Six individuals including Madush’s cousin brother were detained by the CID at the Bandaranaike International Airport (BIA) for questioning on their arrival from Dubai.

On February 5th, the Dubai Police had arrested “Makandure Madush” at a party which involved drugs. Several prominent underworld figures and Sri Lankan celebrities were also taken into custody at this party thrown by Madush.