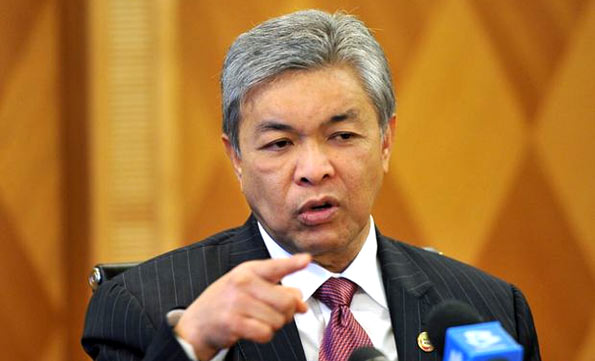 The Deputy Prime Minister and Minister of Home Affairs of Malaysia Dato Seri Dr. Ahmed Zahid Hamidi, will pay an official visit to Sri Lanka from 21 to 22 July 2016.

The visit is envisaged to expand and increase cooperation in the spheres of Political, Economic, Trade, Defense and Tourism sectors between the two countries.

The Deputy Prime Minister will attend the Ground Breaking Ceremony of Hyrax Oil Sdn Bhd Lubricants’ four million liters per month lubricant blending plant on July 21, 2016, which will be setup in Muthurajawela with an investment of US$30mil (RM120mil). This will be the company’s second plant outside of Malaysia. The company had signed a 20 year BOT (Build, Operate and Transfer) agreement along with Supply and Land Lease agreements with the Ceylon Petroleum Corporation on May 06, 2016.