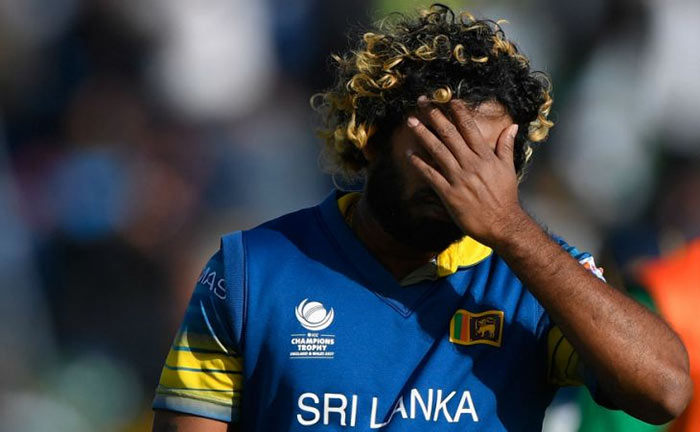 Lasith Malinga was scathing of his Sri Lanka team-mates after another poor display with the bat contributed to their six-wicket defeat at the hands of South Africa on Wednesday.

The tourists were rolled out for just 189 in the fourth ODI in Port Elizabeth as the Proteas took a 4-0 lead with one match to come in the series.

Only two of Sri Lanka’s top six managed double figures and they were indebted to a late blitz from number nine Isuru Udana, who crashed seven fours and four sixes in his entertaining 78 from only 57 balls.

Following the second ODI, which saw the visitors skittled for only 138, Malinga said his side “must understand their own value” on the international scene and the veteran seamer was similarly critical after this latest loss at St George’s Park.

“You can’t say much,” said the captain. “We are going on the same path. The wicket was very suitable for the bat, but the batsmen didn’t realise the value and the opportunity to play a long innings.

“Being six down inside 18 overs, it’s very hard to come back. We always talk about taking responsibility and putting our hands up to bat through the full 50 overs, but the last few years, we’ve been struggling to do that.

“Before we get to the World Cup, we have to realise that and get there. Some people don’t realise their value and do their job for the national team.

“This is a good, tough side to play before the World Cup. All the players need to realise these are the conditions we need to prepare for at the World Cup.”

Winning skipper Faf du Plessis, meanwhile, was glad to see David Miller and JP Duminy steer the chase home after he and Quinton de Kock had fallen when well set.

“It’s really pleasing to see JP and Dave finish it off for us,” he said. “That’s what we want our middle order to do for us.

“Big picture, it’s not the worst thing that Quinton and I got out today, because it gave those guys a chance.

“We’re playing some really good cricket. All the stuff that needed to happen over the last six months or year has happened. One more [match] to go, and then the guys off to IPL, and then it’s an exciting two months for us.”