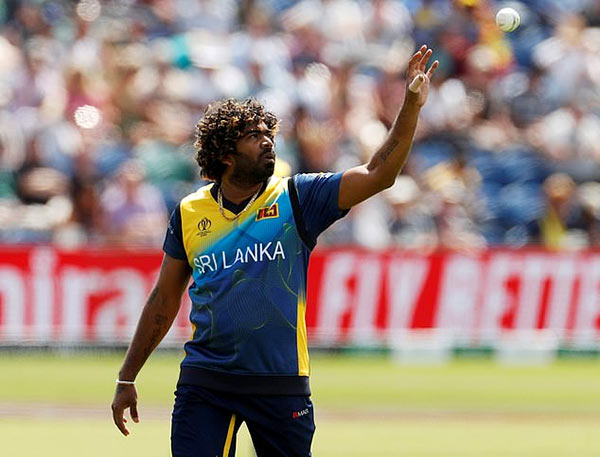 New Zealand thumped Sri Lanka without losing a single wicket in Cardiff on Saturday to begin their campaign in style after seam bowlers Matt Henry and Lockie Ferguson skittled them out for 136.

Skipper Dimuth Karunaratne contributed an unbeaten 52 in that total as the Sri Lankan top-order’s vulnerability in bowler-friendly conditions was exposed and Malinga said that a similar performance against Afghanistan would cost them dear.

“Patience is very important. We know these conditions, we can have someone get 60-70 runs and still the ball can move. Whoever the batsman is, he has to finish the game,” Malinga told a news conference at the same venue.

“I feel players need to get confidence… we need to get mentally tough. The pressure is with us, yes, but we have to play free and do our best.

“At the moment we want to be concerned with our own skill and how we’re going to play. (It is) a must-win game tomorrow. We’ll try our best… in accuracy and tactically, everything hopefully will be there tomorrow.”

Afghanistan fared only slightly better against defending champions Australia in their opener, losing by seven wickets, but Malinga is not taking them lightly.

“I think they have experienced players because most of them play in franchise cricket. They know how to accelerate and they have confidence,” he added.

“The important thing is handling pressure… that’s the big challenge for us.”

Afghanistan captain Gulbadin Naib, meanwhile, said his team were targeting a morale-boosting victory against the former champions to get back on track.

“We have the opportunity to do well against them. I hope if we play 50 overs, batting, then definitely we can beat them,” he said.

“If we play 50 overs, maybe (it will be) difficult for them… I saw the Sri Lankans play and they’ve lost a few games in the last two years… they’re struggling in one-day matches.”