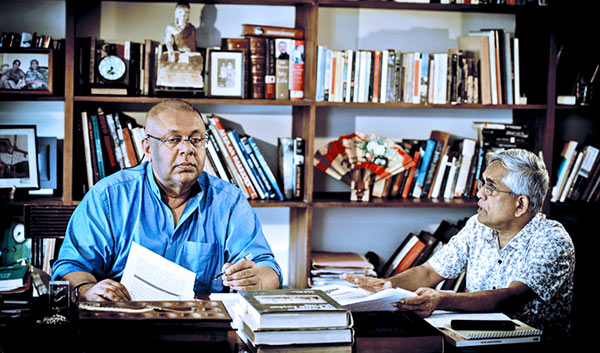 The 72nd budget of independent Sri Lanka and the fourth of the incumbent government will be presented to Parliament by Minister of Finance and Mass Media, Mangala Samaraweera today (9) at 3:00 p.m.

The Yahapalana (Good Governance) Government of President Maithripala Sirisena and Prime Minister Ranil Wickremesinghe presented a mini-budget in January 2015 and two full budgets in 2015 and 2016. This is Finance Minister Samaraweera’s first budget.

The budget deficit for 2018 will be Rs 1.8 trillion, the government said, adding that it expected its revenue to be about Rs 2,175 billion and its expenditure to reach Rs 3,982 billion. Minister Samaraweera is expected to inform the House regarding the means and measures that the government may take to cover the deficit. The second reading debate of the budget is scheduled to commence tomorrow (10) and will continue till 16 November. The vote for the second reading debate will take place on 16 November, in the evening. The third reading debate will take place from 17 November to 9 December. The final vote on the budget is scheduled to take place on 9 December.