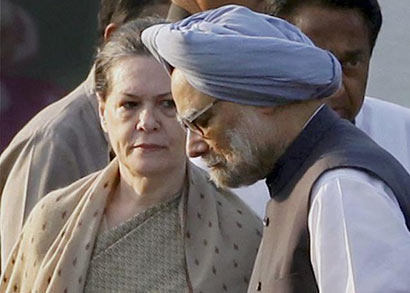 A final call on Manmohan Singh’s trip to Colombo to attend the Commonwealth Heads of Government Meeting (CHOGM) will be taken by the Prime Minister himself, the Ministry of External Affairs, and Congress president Sonia Gandhi, even as opinion was divided in the Union Cabinet and the Congress Core Group.

The decision will be taken, Congress sources said, after weighing the conflicting views of the people of Tamil Nadu, reflected in stands taken by Congress and DMK leaders, on the one hand, and maintaining good relations with a neighbour, on the other. The Prime Minister’s trip, they said, could jeopardise the Congress chances of finding an ally in Tamil Nadu for the next general election.

Support for the visit, however, came from Minister of State for Commerce and Industry and Congress MP from Tamil Nadu E.M. Sudarsana Natchiappan, who met Dr. Singh and explained how India would be in an advantageous position if he attended CHOGM. “I briefed him on the environment prevailing among Tamils in Lanka as well as those in Tamil Nadu and clearly told Dr. Singh that he should take the appropriate decision in the interests of Tamils in both countries,” he told The Hindu.

Asked why his colleagues G.K. Vasan, V. Narayanasamy and Jayanthi Natarajan were opposing Dr. Singh’s visit while he favoured it, Mr. Natchiappan quipped: “It is part of the democratic process in the Congress. The party allows debates which is good.”

If peace returned and development took place in the Tamil areas in Sri Lanka, it would be advantageous for Tamil Nadu in the form of more industrial investments. At present, 10 lakh youths from Tamil Nadu’s southern districts migrate every year to other States in search of jobs, the Minister claimed.

CPI national secretary D. Raja said Dr. Singh and the Congress could not ignore the resolution passed by the Tamil Nadu Assembly on boycotting CHOGM. If Dr. Singh ignored these protests and decided to visit Colombo, it would be nothing but a move to justify the “genocide” committed by the Rajapaksa government against Tamils, he said.

LawAsia president-elect and advocate Prashant Kumar said the Sri Lankan government had denied entry to the participants of the International Bar Association’s Human Rights Institute’s (IBAHRI) high-level delegation which included the United Nations Special Rapporteur on the Independence of Judges and Lawyers.

The IBAHRI delegation was intending to travel to Colombo to participate in a conference co-hosted by the Bar Association of Sri Lanka and the IBAHRI titled ‘Making Commonwealth Values a Reality: the Rule of Law and the Independence of the Legal Profession’.

3 Responses to Manmohan, Sonia to take final call on CHOGM