Master blaster to recommend stamp in honour of Mahela 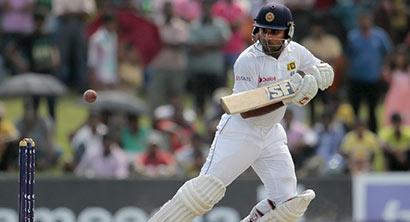 Jayewardene retired recently from Test cricket after scoring more than 10,000 runs and he is currently among the 10 leading run getters in the world with his teammate Kumar Sangakkara.

Answering questions, Jayasuriya quoted Postal Services Minister Jeevan Kumaratunga as having said that if Sri Lanka Cricket Board made a proposal to that effect a commemorative stamp and a first day cover would be issued.

Jayasuriya said that as the Chairman of the Sri Lanka Cricket Board’s Selection Committee, he would take up the matter at the next Executive Board meeting.

Jayasuriya said that he strongly believed that such issues would bring in additional revenue to the Philatelic Bureau of the Department of Posts especially from foreign buyers.

Home » Master blaster to recommend stamp in honour of Mahela