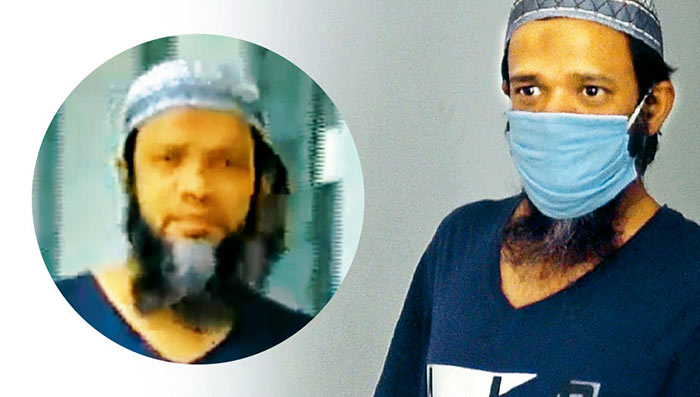 Nawfer Maulavi, the theoretician of the National Thowheed Jama’ath (NTJ), who masterminded the Easter Sunday terror attacks, appeared before the Police Unit of the Presidential Commission of Inquiry (PCoI) probing the terror attacks.

He was questioned by the PCoI Police Unit, for about six hours from 9.30 a.m. on instructions of the Commission.

Testifying before the Commission on 28 July, former Director of the State Intelligence Service (SIS), SDIG Nilantha Jayawardena revealed that Nawfer Maulavi had been identified as the mastermind of the terror attacks.

SDIG Jayawardena said, Zaharan Hashim was not the founder of the NTJ, but it was Nawfer Maulavi. He added that Nawfer Maulavi had been living in Qatar for 19 years and that he had maintained links with various foreign groups.

“Nawfer Maulavi played a role similar to Anton Balasingham who was the theoretician of the LTTE,” he noted.

He was arrested by the CID after the terror attacks.

Parliamentarians Rishad Bathiudeen and Lakshman Kiriella also testified before the PCoI Police Unit and were questioned for nearly four hours on the same day.

This is the second consecutive day that Bathiudeen appeared before the PCoI Police Unit.