Members of the Thai Royal family call on President Rajapaksa

A delegation of Thai Royal family members including Princess Soamsawali who are on a tour in Sri Lanka paid a visit to President Mahinda Rajapaksa at Temple Trees on 01 November. The meeting was arranged just after President Rajapaksa arrived in Sri Lanka after the conclusion of Commonwealth Summit which was held in Australia. The Presidential Media Unit stated that several members of the Thai Royal Family including Princess Soamsawali and two Thai Buddhist priests met the President at Temple Trees.

Thai delegation has visited Sri Dalada Maligawa, the sacred Temple of the Tooth Relic in Kandy recently for a religious observance to obtain blessings for their 84 year old King of Thailand.

The delegation held discussions with the President to strengthen religious and social relations between Thailand and Sri Lanka. Princess Soamsawali has extended the greetings of the Thai King to Sri Lankan President on his upcoming birthday on the 18th of this month. Venerable Pracru Pisit Soravait Thera of Thailand presented sacred relics and a Buddha statue to President Rajapaksa at the occasion.

Princess Soamsawali is the former wife of her first cousin, Thai crown Prince Maha Vajiralongkom and she is the eldest daughter of Mom Rajawongse kitiyakara who is the eldest brother of Queen Sirikit of Thailand. 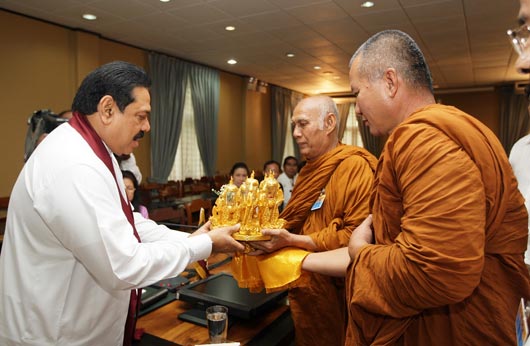 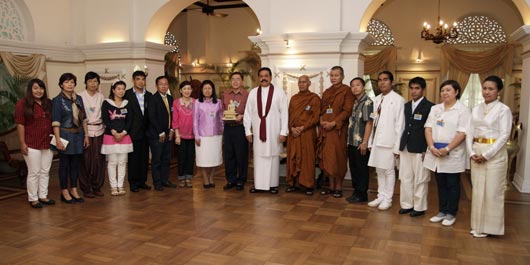