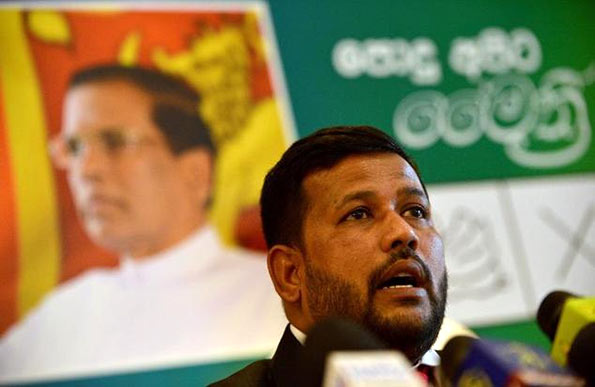 The CID has launched an investigation into an incident where the brother of Minister Rishad Bathiudeen allegedly acquired 600 acres of land in Mannar recently.

Police interrogated the Minister’s brother over the incident on the Christmas eve.

According to the CID, the suspect has acquired the lands by promising to pay their owners, but so far he has not honoured his promise.

The police said they had acted on a complaint and a few more persons would have to be questioned.

A former Pradeshiya Sabha member, the suspect had been charged with attacking the Mannar Courts complex and grabbing land from the Wilpattu Sanctuary, according to police.

(Source: The Island – By Hemantha Randunu)