Monday declared a day of mourning 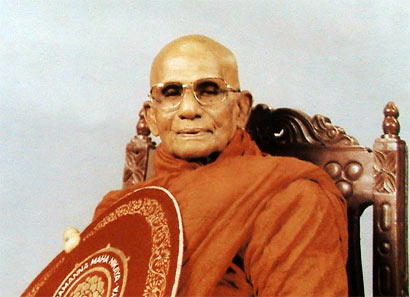 The government has declared September 3, as a day of mourning as a mark of respect for the late Mahanayake Thera of the Sri Lanka Ramanna Nikaya, the most Venerable Weweldeniye Medhalankara Thera, who passed away on Wednesday at the age of 103.

In a statement the government said that all liquor outlets would be closed on that day.

The remains of the late Mahanayake Thera were taken to Sasanawardane Pirivena in Mirigama last afternoon: the funeral will be held at 3 pm at the Mirigama National School grounds on Monday.