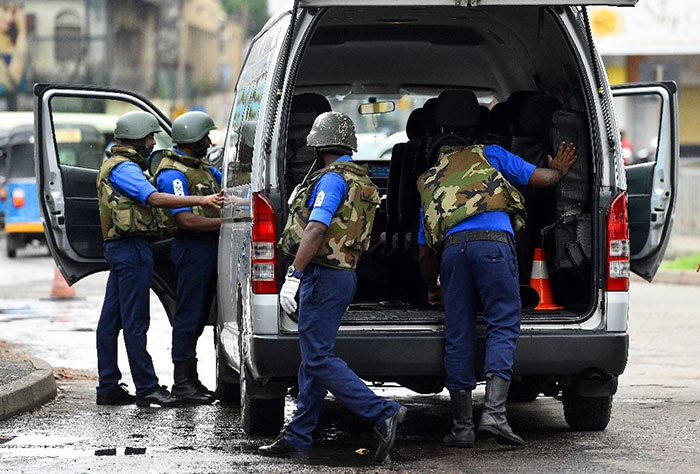 Islamist extremists in Sri Lanka are believed to be planning attacks on bridges in Colombo, authorities said, as they warned several conspirators in the Easter Sunday bombings that killed 257 people still at large.

Police confirmed they had instructed stations around Colombo to deploy additional officers and asked the navy to deploy more vessels on rivers, following leaks of police intelligence reports warning bridges into the capital were at risk of attack.

Sri Lanka’s military has also set up a special command centre to coordinate anti-jihadist operations, while the army said more troops have been deployed for search operations.

Additional troops conducted searches overnight and seized explosives and weapons from several locations, although these were from criminal groups and not jihadists, official sources said.

“Extensive cordon and search operations of the army and sister services across the country with assistance of the police are continuing in search of terrorists, hideouts, explosives, weapons and other warlike items… with the deployment of more and more troops as required,” the army said in a statement.

Authorities had information about a small group of radicals who may be trying to stage more strikes, said health minister and government spokesman Rajitha Senaratne, who added that the crackdown on extremists after the Easter bombings had been largely successful.

“You can’t say the threat is over, but the situation is well under control… better than what we expected.”

But the government was also still on the hunt for “four terrorists” involved in the Easter attacks who were still at large, Senaratne told AFP in an interview on Thursday evening.

The Catholic Church announced Thursday that they had called off the resumption of Sunday services following information of a “specific threat” against two of their locations just outside the capital.

Catholic schools which were due to reopen after an extended Easter holiday will now be put off indefinitely.

Public schools are due to reopen on Monday under tight security.

Sri Lankan authorities have admitted that there was a failure to act on advance intelligence warnings of the deadly Easter Sunday attacks against churches and luxury hotels.

Senaratne said the country’s minority Muslim community had helped authorities root out extremists in the weeks since.

“Everyone is giving information. They come forward to give a lot of information,” he said.

“We have already received foreign assistance from the US, UK and from India. There are other countries also which have offered intelligence services,” he said.

Soon after the attacks, President Maithripala Sirisena said he believed there were 140 Islamic State-inspired jihadists in Sri Lanka and he had ordered security forces to track them down.

Since then, authorities have been carrying out nationwide cordon-and-search operations and have detained hundreds of people. Some have been released after questioning.

The Easter attacks were blamed on the local National Thowheeth Jama’ath (NTJ) whose leader was among the suicide bombers. The group had pledged an oath of allegiance to the Islamic State group. 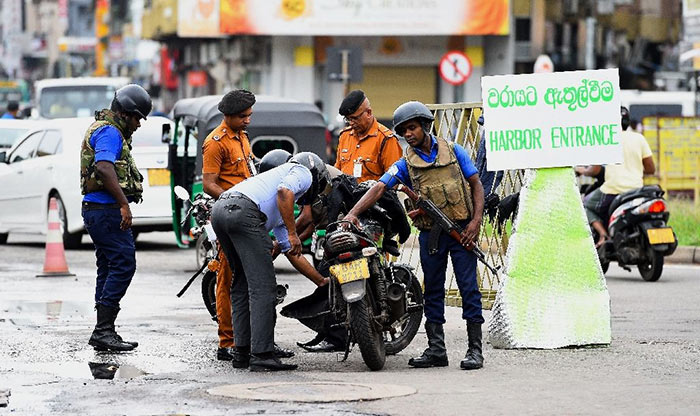