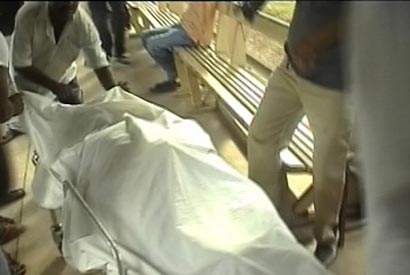 The death toll from the shooting incident which took place in Mulleriyawa on Election Day (Oct. 8 ) has risen to four after one of the victims who was admitted to the Colombo General Hospital succumbed to injuries.

According to a spokesman to the hospital the gunshot victim had passed away late last night.

He further added that two more persons involved in the shooting incident are being treated at the Intensive Carte Unit (ICU) while another is currently admitted in a normal ward.

Former MP Baratha Lakshman Premachandra and two others were killed in the shooting which also injured Parliamentarian Duminda Silva.