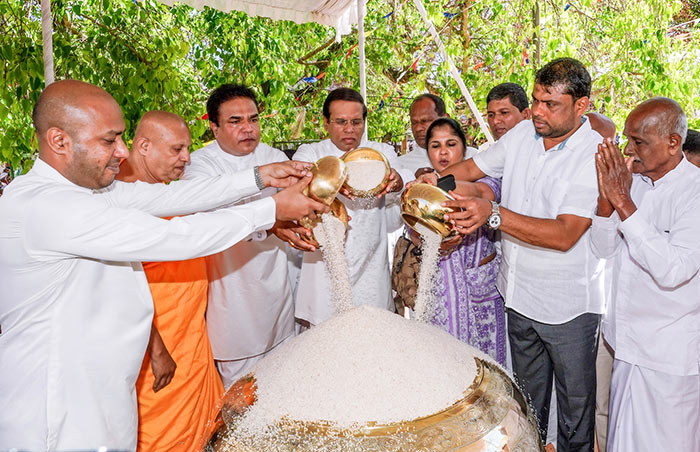 The National Aluth Sahal Mangalya which is known to be most venerated agricultural ritual of Sinhalese was held under the patronage of President Maithripala Sirisena at the historical Jaya SrI Maha Bodhiya in Anuradhapura yesterday morning (08).

The event had been organized by the Ministry of Agriculture and the Department of Agrarian Services for the 51st time under the guidance of Chief Incumbent of Atamasthana Ven. Pallegama Sirinivasa Nayaka thero; where sacred Sri Maha Bodhiya was offered with maiden harvest of Maha season following a traditional customary.

A large number of farmers from different parts of the country were present at the traditional ceremony. Blessings were invoked, for the country and the nation, at the event, with the wishes of timely showers, bountiful of harvest and prosperous economy for the country.

The pure honey bowl traditionally offered to the sacred Jayasri Maha Bodhiya was handed over to the President by Uruwarige Wannila Aththo.

The President handed over the identity cards to the members of the Sri Lanka National Farmers’ Organization Federation.

President also distributed endemic varieties of seed paddy that are identical for respective provinces to farmers who represented all the provinces of country. 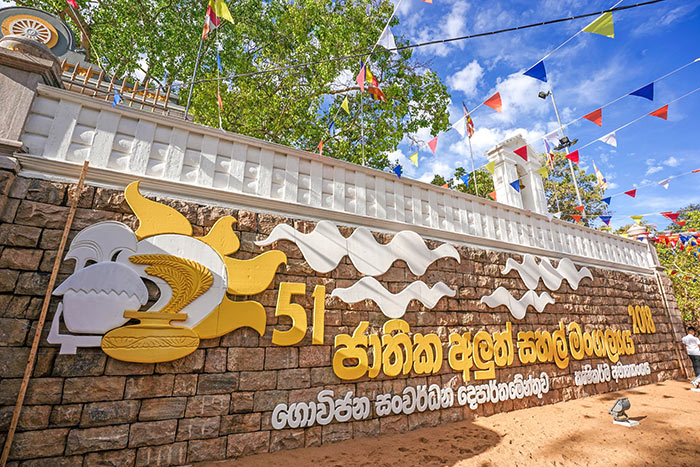 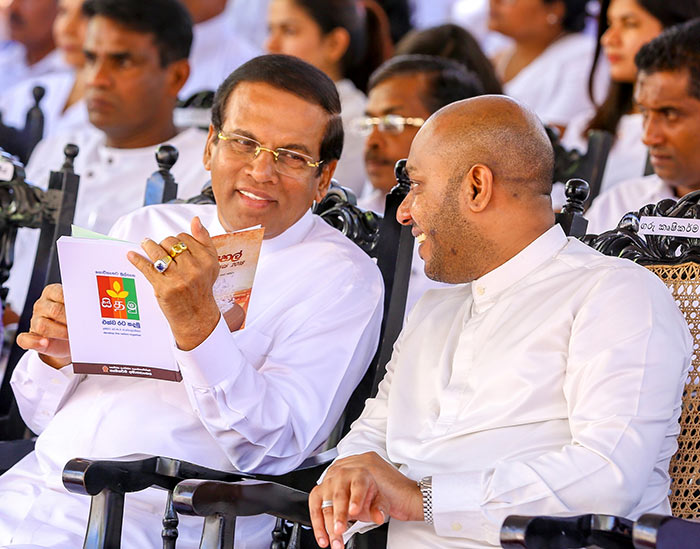 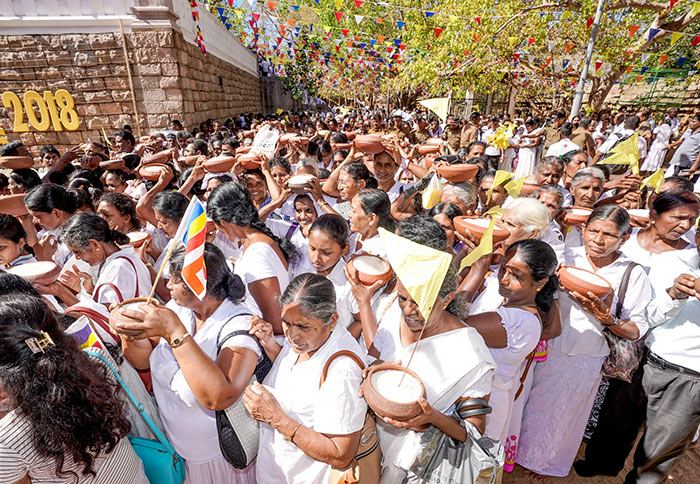