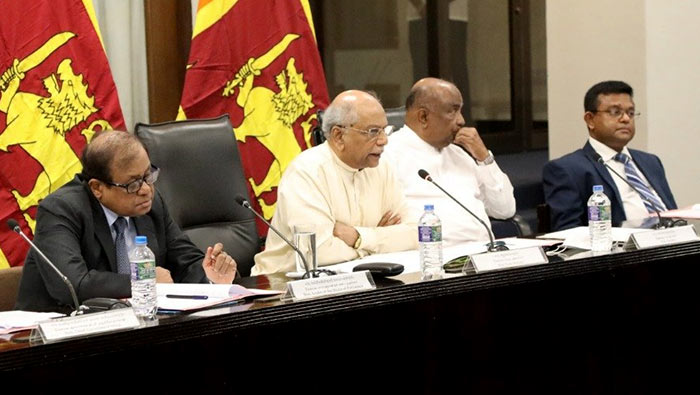 The ‘National Council’ has decided to form two sub-committees related to national policies and economic stabilisation in the inaugural meeting held with the participation of the ruling party and the Opposition yesterday (September 29).

It has been decided to appoint two sub-committees related to national policies and economic stabilisation in the inaugural meeting of the ‘National Council’. The purpose of setting up the Sub-Committee on National Policy is to set the common priorities of Parliament to guide the formulation of medium and long-term national policies. Also, the purpose of establishing the Sub-Committee on Economic Stabilisation is to reach agreement on the short- and medium-term programs related to economic stabilisation.

These decisions were taken at the inaugural meeting of the ‘National Council’ held at the Parliament complex yesterday (September 29) under the chairmanship of Speaker Mahinda Yapa Abeywardena.

Prime Minister Dinesh Gunawardena presented the proposal to the Parliament to establish the National Council on 20.09.2022 and it was passed without division. Accordingly, the speaker announced the list of Members of Parliament on 23.09.2022 whose names have been given. Following the first meeting of the National Council, Prime Minister Dinesh Gunawardena said that both the ruling party and the opposition had attended the meeting of the National Council. He said that this good news is a new door that has been opened nationally, to advance the parliamentary programme, and to strengthen the trust between the people and the parliament.

It has also been decided to meet the National Council on Thursday of every parliament sitting week.