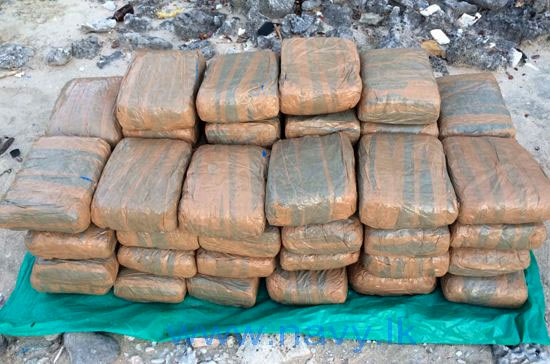 The Navy in coordination with the Police conducted a search in Madagalthurei area, Jaffna and found 122.5kg of Kerala cannabis (31st July 2019).

Naval personnel attached to the Northern Naval Command in coordination with the officials of Ilawali Police conducted a search in Madagalthurei area and found several packages hidden in a shrub near the beach. When the packages were unpacked there was 122.5kg of Kerala cannabis in them. It is believed that the cannabis stock might have been smuggled into the country via sea route. Ilawali Police is conducting further investigation about the seized stock of cannabis.

Meanwhile, under the directives of Commander of the Navy, Vice Admiral Piyal De Silva the Navy is now in full swing to fight against drug trafficking activities in the country.