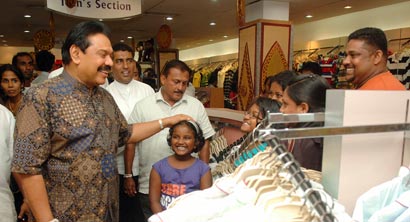 The traditional Sri Lankan New Year, the most widely celebrated festival in Sri Lanka falls on 14 April. New Year celebrations follow auspicious times calculated by astrology.  Every year Sri Lankans throughout the country rally together with great enthusiasm to celebrate Aluth Avurudu, the Sinhala & Hindu New Year. It is a fact that with the newly found freedom after defeating terrorism ending thirty years of war, Sinhalese and Tamils (Hindus) living in every corner of this tiny island celebrate this traditional festival far better way than before in a true national spirit.

According to the latest reports the main trading streets are filled with people going about their last minute shopping. People are flocking into almost all the urban centers, towns, shopping malls and high street shops in their thousands to purchase clothing material, food items and gift items.

Today some of them were very lucky to see an unexpected special guest shopping next to them in a popular shopping mall in Colombo. President Mahinda Rajapaksa visited House of Fashions at Bambalapitiya to witness how his fellow citizens are getting ready for the coming festival which falls within couple of day’s time.

Pictures are seen here President Mahinda Rajapaksa being greeted by enthusiastic and happy shoppers during his surprise visit to House of Fashions. The President also took time to mingle with little kids and inquired about the well being of the shoppers and wished them all a very happy and prosperous New Year. 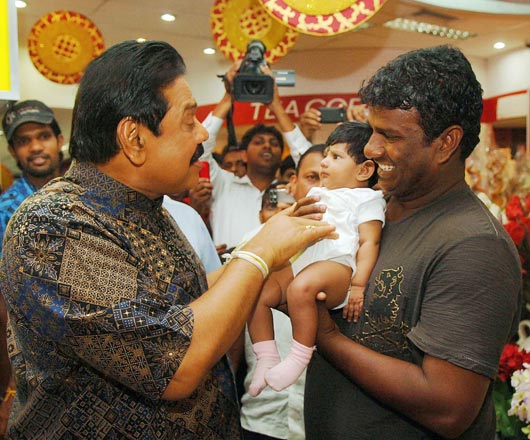 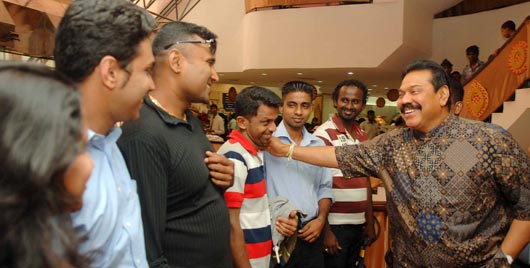