Nirupama Rao to be next Indian envoy to US 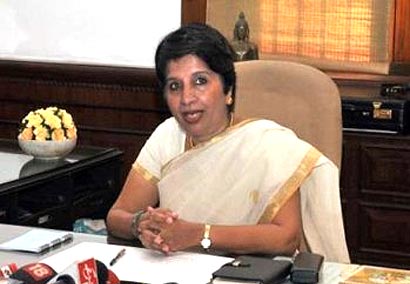 New Delhi, June 23: Foreign Secretary Nirupama Rao has been appointed as the next Ambassador to the United States, an assignment she will take up after superannuation next month-end.

Sources said Rao’s appointment to succeed Meera Shankar as the US Ambassador has been cleared by the government and a formal announcement is expected soon.

She was to retire in December last year at the age of 60 but was given an extension till July-end when the government fixed a two-year term for the post of Foreign Secretary.

Rao has served in various key positions and had been India’s envoy to various countries, including China and Sri Lanka. She was also the Spokesperson in the External Affairs Ministry.

She had earlier served in Washington as a junior diplomat.

Home » Nirupama Rao to be next Indian envoy to US