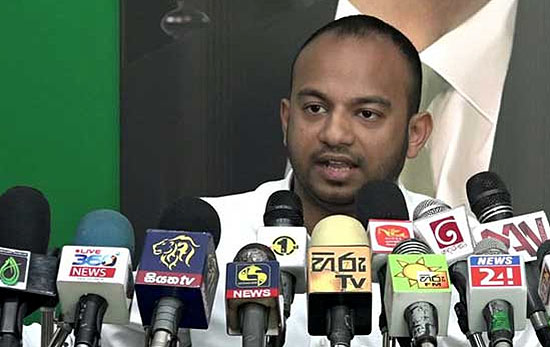 A group of United National Party parliamentarians has decided to present a proposal to Prime Minister Ranil Wickremesinghe requesting him to allow them to exercise their right of conscience in using their votes for the No-Confidence Motion against Minister Rishad Bathiudeen.

Some UNP Ministers, including the Catholic Ministers, have already had discussions and agreed to vote positively when the no-confidence motion against Minister Bathiudeen is taken for a vote in Parliament.

Meanwhile some UNP Muslim Ministers say that this no-confidence motion should be defeated.

UNP Parliamentarians Hector Appuhami and Kavinda Jayawardhana are scheduled to meet the Archbishop of Colombo, Malcolm Cardinal Ranjith tomorrow (21) to discuss what decision to take on the no-confidence motion against Minister Bathiudeen.

Jayawardhana said that he and Hector Appuhami will meet the Cardinal and discuss the no-confidence motion and will seek the response of the Catholic community on the motion.

He said, they had already begun talking to Catholic Priests and visited lay Catholics from various areas of the island on 18 and 19 May at Madhu Church regarding the issue. He added that they will meet Prime Minister Ranil Wickremesinghe to brief him on their opinion after discussions with the Cardinal.