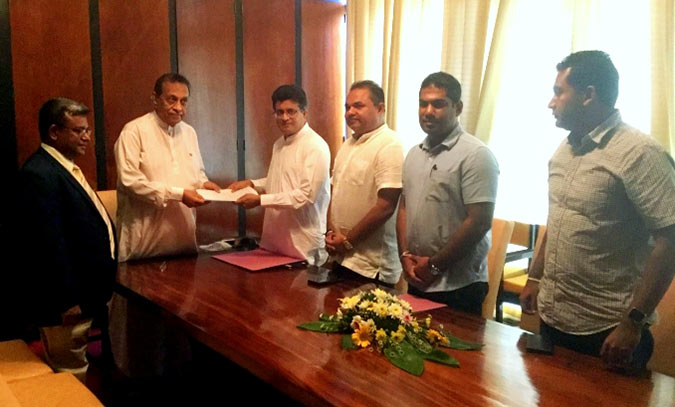 The no-confidence motion signed by 66 opposition MPs against Industry and Commerce Minister Rishad Bathiudeen, was handed over to Speaker Karu Jayasuriya a short while ago, MP Udaya Gammanpila said.

MP Shehan Semasinghe stated that they will request the Speaker to immediately fix a date for the debate of the relevant motion.

It was reported that the joint opposition of the Mahinda Rajapaksa faction of the United People’s Freedom Alliance (UPFA), decided to support no-confidence motion against Bathiudeen who is in the centre of controversy over allegations that he gave political patronage to the terrorists who carried out the Easter Sunday bomb attacks on April 21.

3 Responses to No-Confidence motion against Rishad presented to Speaker