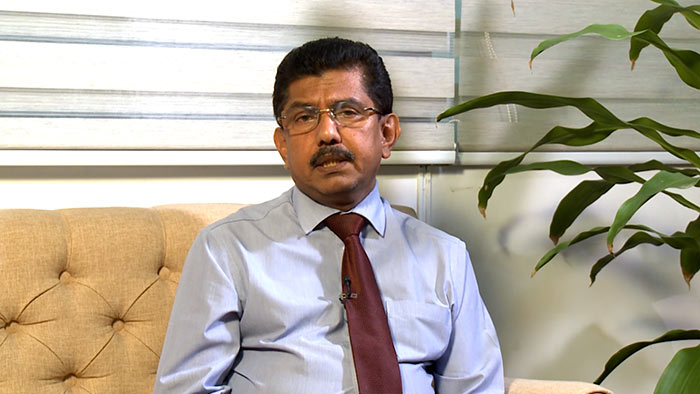 Health Services DG Dr. Anil Jasinghe said the COVID-19 cluster detected at the Kandakadu Rehabilitation Centre does not in any way indicate the probable emergence of a second wave of the pandemic.

He said, the Rehabilitation Centre cluster has not even shown the features that had been detected from the SL Navy Welisara base two months ago.

Dr. Jasingha said, that family members of inmates who had visited them at the two Centres on 4 July had already been subjected to PCR tests and insisted that results of the tests had indicated that none of them had contracted the decease.

He said the staff of the Kandakadu Rehabilitation Centre, who had been forced to undergo the quarantine programme at Biyagama Village Hotel and eight who had attended lectures had tested positive to COVID-19.

Meanwhile, the Health Services DG stated that 74 persons who had been subjected to PCR tests after an infected person had been alleged to have visited a Church in Kotugoda area and 69 persons of the staff attached to a private hospital at Ragama, after an official at the hospital was believed to have fallen victim to the virus, had not proved to be positive to the virus.

He further said that 78 people who had attended a workshop on rehabilitation at Nikaweva had also been subjected to PCR tests and they too had not proven positive to the killer virus.

Dr. Jasingha noted that out of the total  PCR tests done 850 had been done at the three isolated zones in Rajanganaya area.

He explained that as a large number of patients at the Kandakadu Centre had contracted the disease and as all of them had been subjected to the quarantine programme no sooner the illness had been detected the spread of the illness would be effectively curtailed.

The total number of the inmates at the Kandakadu Drug Rehabilitation Centre stands at 831 and its staff numbers 321.

Out of this number 444 inmates have contracted the virus while 63 from the permanent staff and five from the external staff has also fallen victim to it.

Furthermore 33 members from the families of the Kandakadu staffers had become positive to the illness while 16 of them had been identified from Rajanganaya, four from Polonnaruwa, Thilpathota and Lankapura areas.

With effect from 6 July all those who have had contacts with inmates at the Kandakadu Center and from areas where new infections had been reported a total of19.321 PCR tests has been conducted.

A total of 1800 PCR tests has been conducted linked to the Welikada, Mahara, Negombo, Pallekele and Boossa Prisons to date and out of this number only a solitary person has been infected with the virus.

Though 368 persons who had gone to visit the Kandakadu inmates had been subjected to PCR tests no new infections has been reported and the same result has been reported from PCR tests conducted in such areas as Rajanganaya, Polonnaruwa, Thalpotta and Lankapura.

Furthermore from 600 PCR tests conducted within the Colombo Municipal Council area no positive cases had been detected and it has been confirmed that the illness had not spread through those who had contracted the illness at the Kandakadu Center.

PCR tests concerning areas at Rajanganaya, Thalpotta and Lankapura is still being carried out and health officials are also planning to conduct the tests in the wider society as well.

The biggest COVID-19 cluster here was first detected from the Welisara Navy base on 22 April after a Navy rating who is a resident of Polonnaruwahad contracted the illness.

After PCR tests had been conducted it had been revealed that after the detection of that Navy officer 24 hours later 28 other sailors had also contracted COVID-19.

After the health authorities, Navy Commander, security officers and the SIS had moved in urgently they turned the Navy base into an isolated area and took measures to summon all officers who had gone on leave and their family members.

By the evening of 23 April 4,000 Navy officers at the Welisara base had been told to undergo the quarantine program and from PCR tests conducted 30 of them had proved to be positive to COVID-19.

During the ensuing three-month period the total number of infections at the Welisara camp had increased to 950 but presently only seven Navy officers are still receiving medical attention.

Of that total number 899 had completely recovered from the disease.