No probe on forest officer 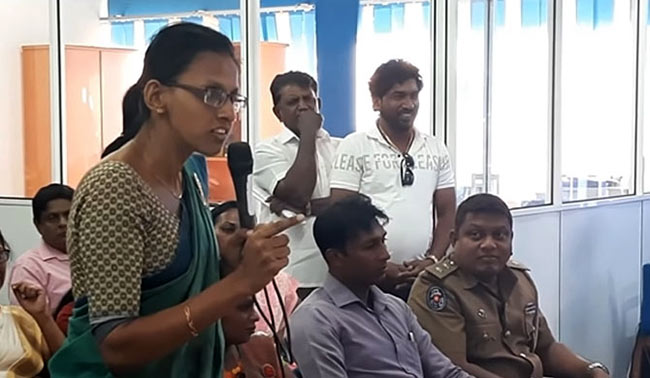 The Government will not conduct any investigations against the Forest Department Officer who refused to break the law and release conservation land, Minister of Environment and Wildlife Resources S.M. Chandrasena told The Sunday Morning.

“There are no cases or investigations against the Forest Department official. We are with her and support her stance,” Minister Chandrasena said. However, with regard to whether the plans to build a playground in the protected land would go ahead, the Minister said that it was still being deliberated.

“We have to look into the matter and see what to do at this point. We haven’t taken a decision yet,” he said. Furthermore, he said that he had not granted permission to anyone to release that particular bit of conservation land.

“I have only been in office for a few months and I have given no such order to release that land,” he said.

Meanwhile, when The Sunday Morning questioned State Minister of Environment and Wildlife Resources Sanath Nishantha Perera, who had the infamous argument with the with Forest Department official, about a possible investigation against her, the State Minister said he was unaware. “I’m not aware of any such investigation. I do not know if there is a pending investigation or not,” Perera said.

(Source: The Morning – By Skandha Gunasekara)

2 Responses to No probe on forest officer

Home » No probe on forest officer