No purification over Sri Lanka woman’s visit to Sabarimala 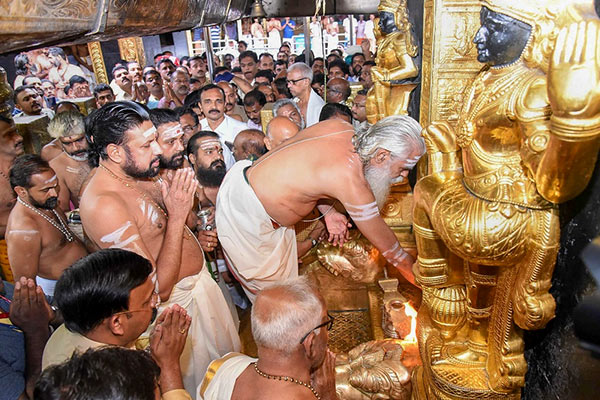 Sabarimala tantri Kandararu Rajeevararu has said that there was no need for purification rituals as there was no confirmation of the Sri Lankan woman’s entry to the temple.

“If the rituals are needed, that will be done along with other poojas before Makaravilakku,” he said.

The police have confirmed that Sasikala from Sri Lanka had come with her family and performed darshan at 10.46 p.m. on Thursday.

However, Sasikala and her husband said she had gone only till Marakkoottam as the police dissuaded her.

“The purification ritual is against the directive of the Supreme Court and hence we have asked him to explain. Further action will be taken based on his explanation,” said Mr Padmakumar.

Sources said the tantri was given 15 days to explain the apparent defiance of the Supreme Court verdict, removing the ban on the young women entry at Sabarimala, because he would need the time to seek legal assistance to submit his version. He is confined to the sannidhanam till the end of Makaravilakku. It is only fair that he is given time to file his reply since the matter concerns the diktat of the top court.

Home » No purification over Sri Lanka woman’s visit to Sabarimala